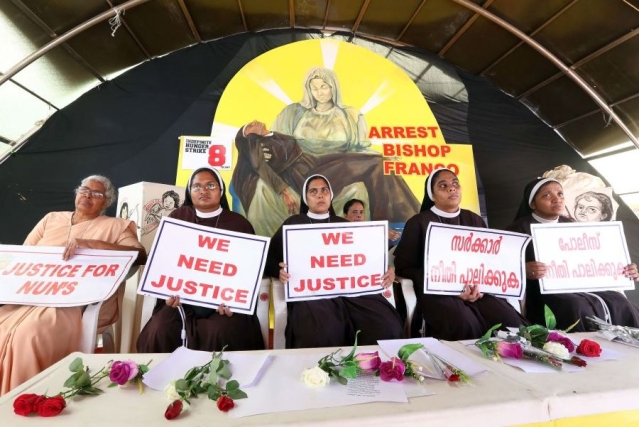 One of the nuns who has been at the forefront of the public criticism surrounding rape-accused bishop Franco Mulakkal of the Jalandhar diocese, Sister Lucy Kalappura, has been dismissed from her congregation, reports The Times of India.

The Fransiscan Clarist Congregation (FCC) has told Kalappura that she has to leave the congregation and also has to give up her religious habit (distinctive religious garb worn by a particular order).

After Kalappura participated in a public protest against Mulakkal with other nuns, she has faced extreme scrutiny by the authorities of her congregation. She has been served by a number of show-cause notices, accusing her of having violated her vows buy purchasing a car, learning to drive, etc.

The order of dismissal also has the assent of the Vatican itself. The letter communicating Kalappura’s dismissal to her also says that she can challenge the said order by appealing to the Congregation of Oriental Churches in Rome.