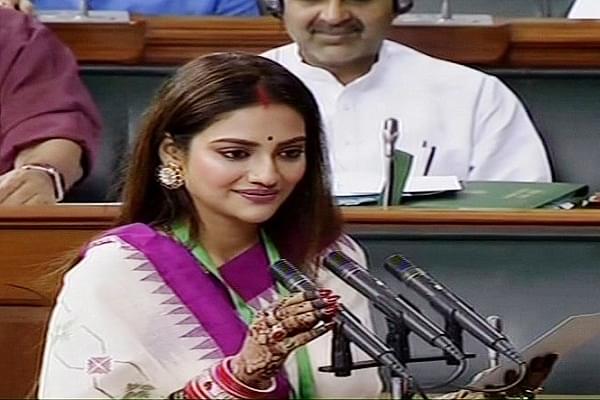 This comes just a few days after a Samajwadi Party MP Shafiqur Rahman Barq refused to chant the patriotic slogan claiming that it was against Islam. “As far as Vande Mataram is concerned, it is against Islam, we (Muslims) cannot follow it”, said Barq amidst uproar in the lower house.

Nusrat Jahan though steered clear of any such controversy and chanted Vande Mataram at the end of her oath which she took in Bengali.

Jahan who got recently married to businessman Nikhil Jain wore bangles, sindoor and a bindi while sporting a saree in the parliament. Jahan, a popular Bengali actress was elected from Bashirhat on a Trinamool ticket.