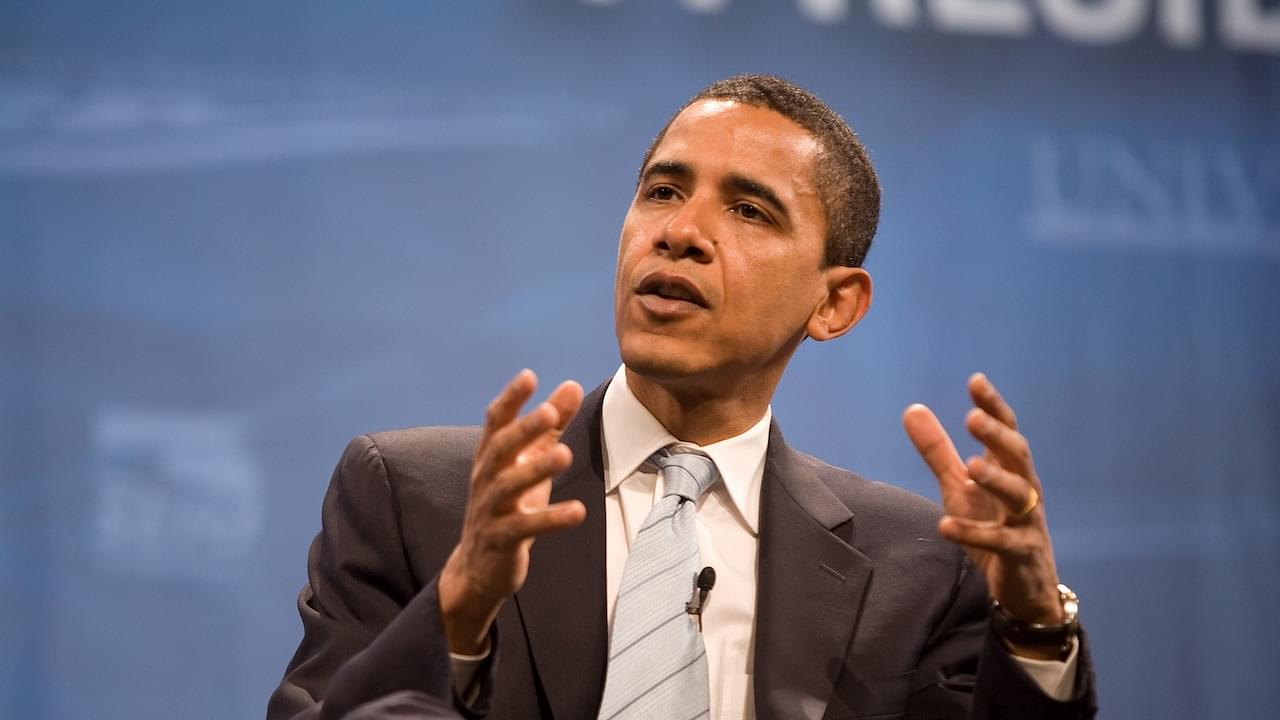 Obama was delivering a keynote address at the Global Food Innovation Summit in Milan in Italy. His speech was followed up with a panel discussion on food and agriculture hosted by Sam Kass, who served as Obama’s Senior Policy Advisor for Nutrition Policy and as an Assistant Chef in the White House from 2009 to 2014.

Obama, pointing to the increasing meat consumption trends across the world, said that “As people want to increase meat consumption, that in turn is spiking the growth of greenhouse emissions coming out of the agricultural sector.”

The former president said that "“People aren’t as familiar with the impact of cows and methane, unless you’re a farmer. Then you know what takes place there. Some of it is just lack of knowledge in the general public. Now keep in mind, it took a long time to educate people around climate change and we still have a lot of work to do.”

“No matter what, we are going to see an increase in meat consumption,” Obama said, pointing to developing economies like China, India, Indonesia, and Vietnam. The developed countries, Obama said, would have to counsel people to “have a smaller steak” and explore ways to reduce their meat consumption.

Obama also made a call to find innovative way to derive protein based food “What it does mean is that we’re also going to have to find ways to produce protein in a more efficient way,” he said.

Obama also recognised the challenges involved in bringing in people's dietary habits into conversations about climate change given the emotive nature of the issue.

“So even in our religion and our art, food is important,” Obama added. “Because food is so close to us and part of our families and what we do every single day, people are more resistant to the idea of government or bureaucrats telling us how to eat, what to eat, how to grow, etc. Some of it is that resistance.”

On the lighter side, Obama and Kass argued over the number of steaks the Chef had cooked for him during his White House years.

When Kaas suggested that he may have cooked “thousands of steaks” for the president, Obama interrupted “I don’t think, thousands,” and corrected him “Well hundreds maybe.”

“What is true is that I’m not a vegetarian,” Obama admitted, adding that he “respected vegetarians” but continued to eat meat.

The four-day food and technology summit in Milan brings together hundreds of business leaders, policymakers, food experts and academics to discuss the latest innovation efforts in food. The conference theme this year is "The Impact of Technology and Innovation on Climate Change and Food Availability Around the World."