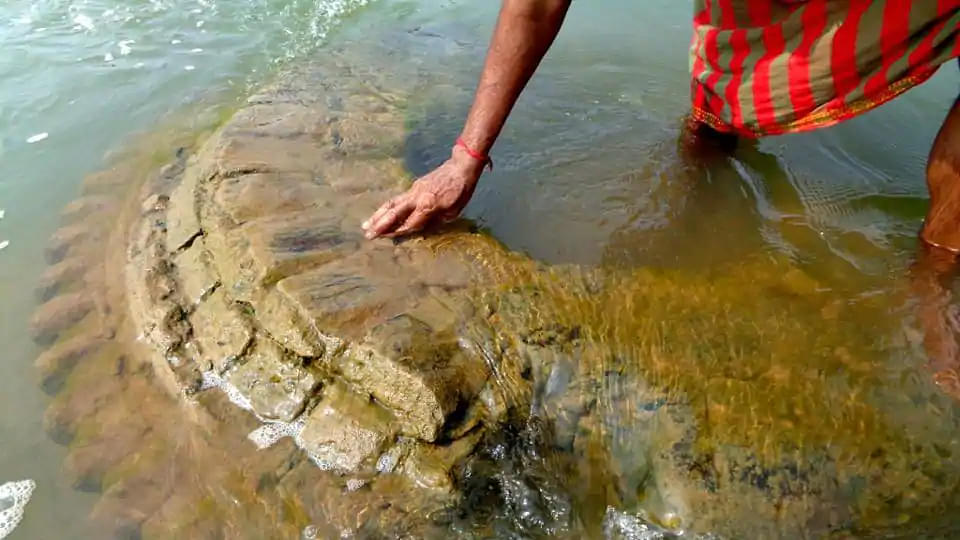 An archaeological survey team from the Indian National Trust for Art and Cultural Heritage that visited the village in Nayagarh district, said the top of the Gopinath Dev temple was visible due to the reduction in the water-level of the river. (Source: Hindustan Times)

In a major event, a 500-years-old ancient temple of Lord Vishnu which had submerged in Odisha's mahanadi river in the 19th century due to a change in the course of the river has now resurfaced after over 15 years, reports Hindustan Times.

The top of the Gopinath Dev temple in Nayagarh district of Odisha is visible again due to the reduction in the water-level of the river as per details shared by an archaeological survey team of the Indian National Trust for Art and Culture Heritage.

The sandstone made temple had an original height of about 60-feet and dates back to 15th or early 16th century as per the construction style of the Mastaka and the materials used. It would resurface frequently about 15 years ago, but had further submerged due to release of water at Mundali barrage.

It should be noted that the temple had submerged in the 19th century due to a natural change in the course of the Mahanadi river due to a flood in 1933. Not just the temple, but the entire village of Padmabati had submerged. Following the development, villagers had moved to higher places, setup a new village and renamed it after the older one.