Odisha: Man Assaulted, Tortured By Wife And Mother-In-Law For Refusing To Convert To Christianity After Marriage 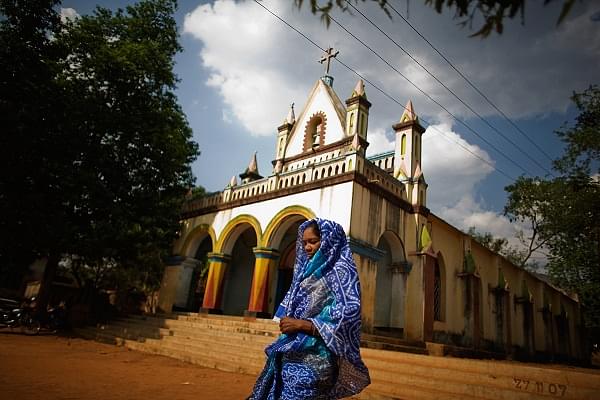 A man was reportedly beaten up by his wife and mother-in-law in front of Govindpur Tehsil Office in Odisha’s Gajapati due to his refusal for converting religion, reports Kalinga TV.

Identified as Thabir Panda, the victim has been working as an RI at the Tehsil Office in the district.

Thabir is a Hindu, while his wife Surabhi practices Christianity. Both had lawfully married each other in Bhawanipatna court in 2014. Issues arose when Thabir refused to change his religion post marriage as his in-laws had been forcing him to convert to Christianity.

Things got even worse after Surabhi and her mother pulled Thabir out of his office and thrashed him. The mother-daughter duo also reportedly abused Thabir.

“Since we belonged to different religions we decided to get married in Bhawanipatna court on 30 March 2014. She and her family started torturing me after I refused to convert to Christianity post marriage. Her family also wanted to have a Christian marriage”. Thabir was quoted saying to the reporters.

Surbhi and her mother refused to give any statements to the media and claimed that it is their personal matter. Thabir has now lodged a complaint against the duo.