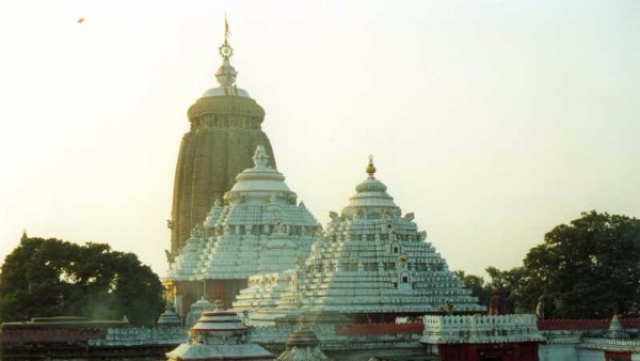 A judicial probe ordered by Odisha Chief Minister (CM) Naveen Patnaik into the mysterious case of keys to the inner chambers of Puri Jagannath Temple’s ‘ratna bhandar’ going missing has failed to put a lid on a raging controversy over the temple’s treasures.

Amidst growing rumours of, and public unrest over, the ‘missing’ jewels and ornaments from the temple’s treasury, the opposition BJP has demanded a comprehensive audit of all items in the ‘ratna bhandar’. Puri Shankarancharya Swami Nischalananda Saraswati too has demanded a thorough review of the temple treasury’s management.

The controversy has arisen because the judicial probe was ordered by Patnaik full two months after it was discovered that the keys to the inner chambers of the twelfth century temple were missing. The keys are kept at the district treasury, and the loss of the keys was discovered only when Puri district magistrate Aravind Agarwal was to have taken them along with him for a Odisha High Court-mandated inspection of the ratna bhandar on 4 April. That day, the treasury was opened for the first time after 34 years.

The court had ordered an inspection of the treasury to find out its structural condition. A 16-member team comprising sebaits, temple administrators and others went into the ratna bhandar for a short inspection and reported that there was no structural damage. Shri Jagannath Temple Management Committee (SJTMC) member Ramchandra Das Mahapatra later told reporters that the team could inspect only the two outer chambers of the ratna bhandar and could only peep inside the five inner chambers through a broken window with the help of torchlights. A meeting of the SJTMC after the inspection recorded that the keys to the inner chamber had gone missing from the district treasury.

Senior BJP leader Bijoy Mohapatra said it was surprising that it took two months for the CM to order an enquiry into the case of the missing keys. This, he said, raises doubts and suspicion in the minds of devotees. He also found it strange that the inspection team reported that the structural condition of the ratna bhandar was fine when it could not gain access to five of the seven chambers and could only see portions of the inner chambers from a small window with the help of a torchlight.

A through audit of the treasury needs to be conducted in the presence of the Gajapati Maharaja of Puri and the Shankaracharya in view of the situation, Mohapatra added. The last audit of the ratna bhandar’s treasure was carried out in 1978 had listed gold ornaments weighing 128 kilos, besides precious stones, jewels and silver ornaments and items.