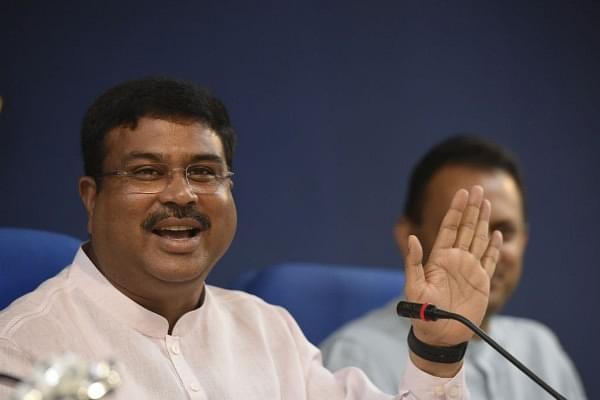 Senior Bharatiya Janata Party leader and Union Minister Dharmendra Pradhan announced on Saturday (13 April 2019) that if BJP won the upcoming assembly elections in Odisha, about 3.26 crore legitimate beneficiaries will be given a subsidised ration package at Re 1 under the National Food Security Act, reports Financial Express.

The said package would include five kg of rice, 500 gm of dal and 500 gm of salt. Pradhan said that the promise was aimed to improve the nutritional requirement of the beneficiaries.

Pradhan also announced that the BJP, if voted to power, will also enhance the remuneration of Anganwadi workers to Rs 15,000 per month and increase the pension amounts given under different social security schemes. Pradhan also promised that the outstanding female students of colleges and universities will be given mopeds under the ‘Sailabala Two-Wheeler’ scheme.

Underscoring his intent to address the inherent vehicular traffic woes of Choudwar, Cuttack and Bhubaneshwar, he promised the people an ambitious metro project to link the three cities.