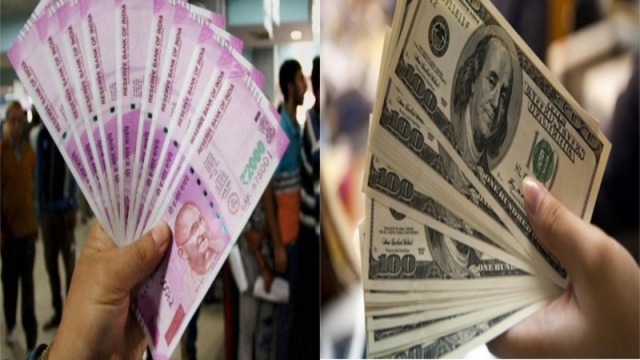 Indian rupees and US dollar.

London has pipped India’s financial hub Mumbai to become the world’s biggest centre for trading the Indian Rupee, reports Bloomberg. According to data released by the Bank for International Settlements (BIS), the rupee’s average daily volumes recorded in London were a mammoth $46.8 billion, far higher than the $34.5 billion figure for India.

This is approximately a five fold growth in rupee trade in the UK since 2016, when the figure was only $8.8 billion per day. Even as the huge spike in offshore volumes for rupee trade show increased appetite for the currency among foreign traders, the Indian government wants to translate it to greater volumes at home by giving overseas investors improved access to the onshore market.

“The sharp increase in offshore FX market activity re-establishes that it could amplify currency volatility in the domestic currency and also reduce the effectiveness of policy steps taken to limit volatility during times of stress,” an economist at Edelweiss Securities Ltd, Madhavi Arora stated.