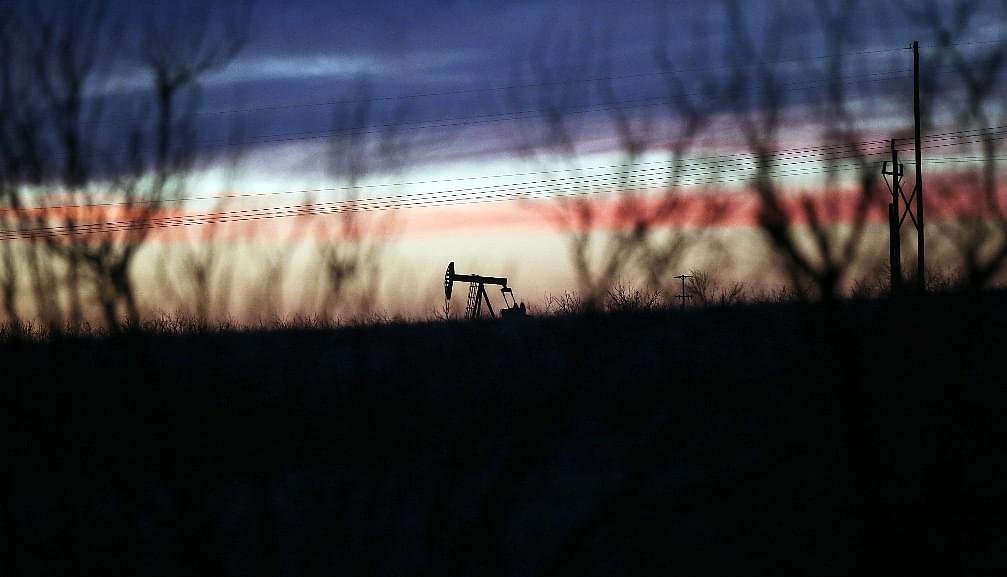 An oil pumpjack works at dawn in the Permian Basin oil field in the oil town of Andrews, Texas. (Spencer Platt/Getty Images)

Oil prices fell to their lowest in seven weeks on Thursday (February 8) after Iran announced plans to increase production and US crude output hit record highs.

On Wednesday( 7 February), U.S. Energy Information Administration (EIA) announced that the preceding week's crude production in US rose to a record high of 10.25 million barrels per day (bpd). At this production level, US  is set to overtake the current output in Saudi Arabia, the biggest producer in the Organization of the Petroleum Exporting Countries (OPEC). The current level of crude oil production in US breaches it  all-time annual output  in 1970 at 9.6 million bpd.

Iran’s crude oil production rose by 37 per cent between December 2016 and January 2018. Iran has been  able to increase its production after the US lifted sanctions on the country in January 2016. The increased oil production Iran also played a part in the downward trend in the crude prices.

“The Iranians are looking to increase production despite their alleged adherence to the OPEC-Russia deal. Everybody is itching to produce more oil,” said John Kilduff, partner at energy hedge fund Again Capital LLC in New York.

Petrol and diesel prices have been increasing on the back of rallying crude oil prices. In mid-January, it touched $70 per barrel mark amid apprehension that Organization of the Petroleum Exporting Countries and Russia will cut production.

The petrol and diesel prices were cut by 2 paise and 4 paise respectively.