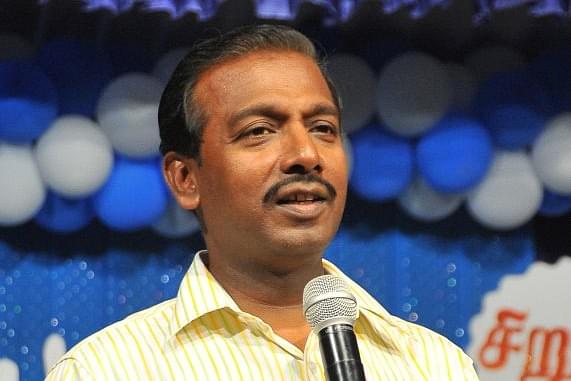 Mohan C Lazarus, a Christian preacher born in a poor family as Murugan, is know for his controversial remarks, and had a role in the anti-Sterlite protests in Thoothukudi.

Cases have been registered against him after his controversial statements that Tamil Nadu is the stronghold of Satan (devil), referring to a large number of temples in the state. The video went viral on social media, although the date and the place of speech are yet to be ascertained.

In the video, Lazarus said that Tamil Nadu is a stronghold of demon (Satan) as no other state in India. “Only in Tamil Nadu you can see big temples which are Satan’s strongholds. There are no places like Tamil Nadu where there are temples, its towers and places. Why has Satan targeted Tamil Nadu and made it his stronghold?” he told a prayer meeting.

Cases have been filed against him based on three separate complaints at three different police stations.

R Jaihind Murugesan, a BJP functionary who resides in Uthupalayam near Arasur, was the first to file a case against the preacher with the Sulur Police, Times of India reported.

Sulur police inspector Thangaraj registered a first information report(FIR) against Lazarus under Sections 153 (A) (1) (a) (b) and 295 (A) of the Indian Penal Code.

The Karumathapatti police have also registered a case against the preacher under Sections 153 (A) and 295 (A) of the Indian Penal Code based on a complaint lodged by another BJP functionary, whose identity is not known.

VHP district deputy secretary R Manoshankar likewise lodged a complaint with the Pollachi police who have registered a case.