‘Only Women Came Out And You Are Sweating, What Will Happen If We 15 Crore Come Together’: AIMIM Leader Waris Pathan 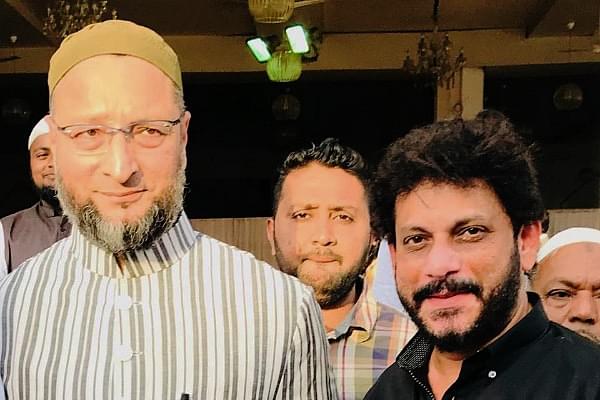 Controversial AIMIM and former Maharashtra MLA Waris Pathan has been recorded making an inflammatory speech in an anti-CAA rally in Karnataka’s Gulbarga.

A clip of the same has now been reported by ANI.

In the video Pathan can be heard saying that, “they cannot compete with our firebrand speeches, we have learned how to pay back in the same coin with interest”.

On the topic of Muslim women participation in anti-CAA protests Pathan said, “Until now we have only sent out our lionesses and you are already sweating, now think what will happen if we all came together”.

This has been construed by many as a reference to 15 crore Muslims prevailing over 100 crore people of other religions.

In 2016 Pathan had notably been suspended from the Maharashtra assembly for refusing to chant Bharat Mata Ki Jai.