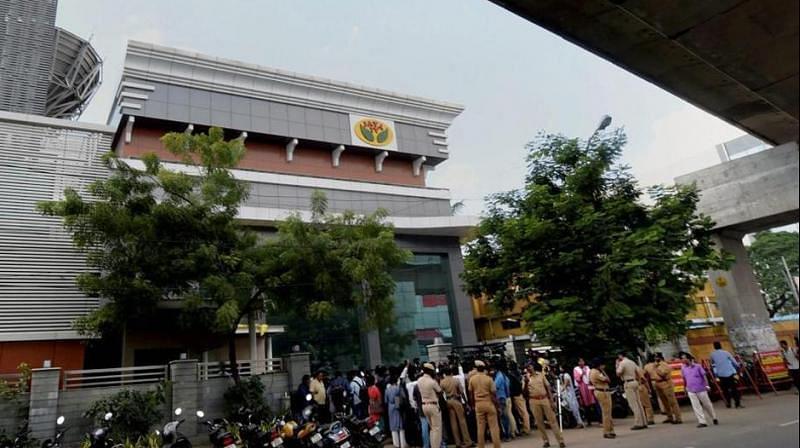 With the Income Tax (I-T) Department’s raids on property owned by All India Anna Dravida Munnethra Kazhagam (AIADMK) leader V K Sasikala and her cronies entering its fourth day, investigators have unearthed numerous documents pertaining to purchases worth several crores of rupees across Tamil Nadu, many of which are believed to be benami transactions.

Simultaneous searches were conducted across 37 locations in Chennai, Coimbatore and Puducherry while documents have been seized from across 150 locations over the last three days, reports The Hindu. Senior officials associated with ‘Operation Clean Money’ said that the aim of the search was to find benami assets. Assets which cannot be accounted for will be confiscated under the Benami Transactions (Prohibition) Amended Act, 2016.

We have seized documents (hinting at) huge benami assets. It appears that prime properties in Tamil Nadu have been purchased in the names of household staff like car drivers, servants, assistants, etc. and friends or business associates of the main suspects. We will serve notices asking them to explain the source of income (for purchase of these properties) and account for the same

A senior Income Tax official to The Hindu

Dismissing reports that the I-T department was freezing bank accounts of shell companies, an official stated that any action – if required – would be taken after the conclusion of the operation. Dismissing rumours that the search was carried out because of Prime Minister Narendra Modi’s visit to Chennai last week, officials stated that the investigation had been on prior to that.

Another official said that they had received input on benami transactions and property involving Sasikala and her associates for a while and the operation was launched only after doing a proper background check. Many documents had been seized, with a large number of them coming from a T Nagar house. The market value of the seized assets could be well above several hundreds of crores.

Those involved will have to declare any foreign assets voluntarily, failing which sections of the Black Money (Undisclosed Foreign Income and Assets) and Imposition of Tax Act, 2015 would be invoked. The I-T department has said that it may rope in the Foreign Tax and Tax Research division if need be.

An officer said that going by the quantum and value of the seizure property, a clear case of prima facie offence has been established and that the law would take its own course.