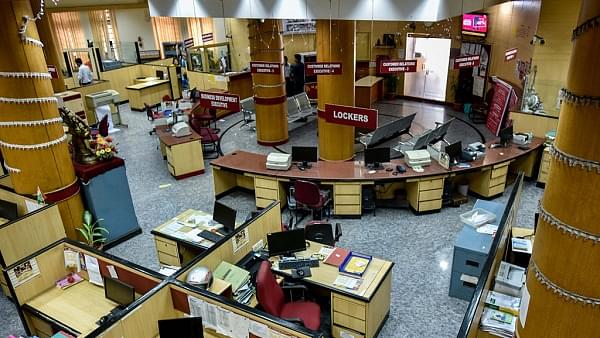 According to a report released by JM Financial, credit-to-deposit (C-D) ratio in Indian banks increased to 78.6 per cent in December (2018), reaching a 47-year high, reports Mint.

The report, published on 7 January (2019) notes that current loan-to-deposit ratio was only eclipsed by the 79.3 per cent mark reached in March 1971.

C-D ratio measures a bank's total loans to its total deposits. If the ratio is too high, then the bank may not have enough liquidity to repay its depositors. But if it is too low, then the bank is not earning enough on its funds.

Also, Reserve Bank of India (RBI) data notes that while lending activity increased by 15.1 per cent in December from a year earlier (2017), deposits grew by 9.2 per cent in the same period.

“The divergence between credit growth and deposit growth has widened to 600 bps (basis points), as per the RBI data. This means a few banks have become more aggressive in lending post the liquidity tightness for NBFCs (non-banking financial companies). Several small NBFCs with lower credit ratings have been curtailing disbursements for want of adequate funds,” said Rupa Rege Nitsure of Larsen and Toubro Finance Holdings.

The liquidity crisis that enveloped the NBFC market in the last two/three months of 2018 can be traced back to the September default of IL&FS, a NBFC giant operating in the infrastructure finance space. However, signs of recovery were seen in December 2018.

“NBFC loan business is heading towards normalcy. We can expect that by January it will reach this year’s September scale (crisis hit fully in October) as companies have resumed disbursements and even sanctions,” said Umesh Revankar, managing director, Shriram Transport Finance.

Also Read: IL&FS-Triggered Meltdown Shows Some NBFCs May Have Been ‘Swimming Naked’