Over 1,000-Year-Old Shivling, Nandi Idol Among Other Kushan-Era Artefacts Unearthed In Karnal 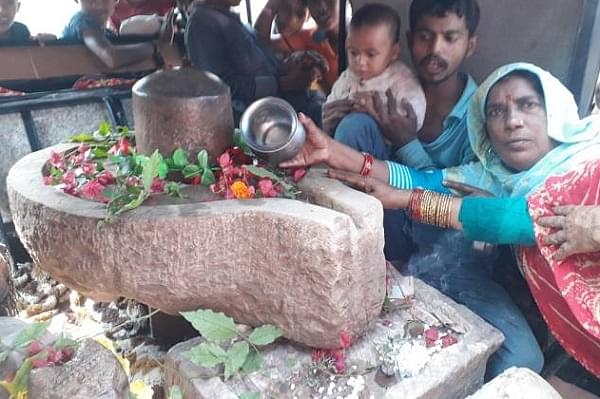 Sculptures of over 1,000-year-old Lord Shiva and Nandi along with some other artefacts dating back to Kushan period were unearthed by miners while digging sand on the banks of Yamuna river in Karnal’s Faridapur village, reports Hindustan Times.

“We will call it a chance discovery since the materials were found 25-30 feet below the surface level and the area is covered with only sand. The process of extracting the remains will also be risky,” Banani Bhattacharyya, deputy director, Department of Archaeology and Museums was reported saying.

Stating that the discovery could give new insights into the history of the region, she said “We will first trace out the spread of the area where the idols were discovered since many evidences of artefacts dating back from the Kushan period to the Bhoj period have been found, almost from 1st century AD to 10th century AD, which means 1,000 years of history.”

Hundreds of devotees from nearby villages have been coming in the village to see the sculptures that locals had installed and have been worshipping them.

According to heritage experts, there are high chances of more discoveries in the site and officials from the department are expected to visit the site next week for area mapping.