Over 11 Lakh MSMEs Have Registered On Udyam Portal Since Its Launch In July This Year: Govt 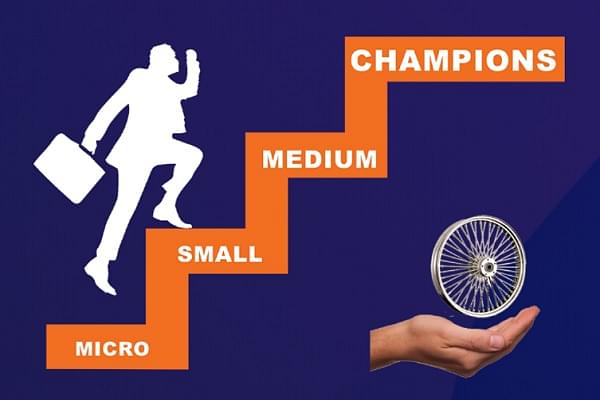 More than 11 lakh micro, small and medium enterprises (MSMEs) have registered themselves on Udyog portal since its launch in July, the MSME Ministry said on Saturday (7 November).

In the statement, the ministry said that it has instructed all of its Field establishments such as MSME-Development Institutes, MSME Technology Centers, NSIC, KVIC, Coir Board to extend full support to entrepreneurs for Udyam Registration.

Similarly, all district magistrates and district industries centres have been requested to expedite registration by the MSMEs, it added.

Grievances of MSMEs relating to registration are being handled by CHAMPIONS’ platform through its network of central control room and 68 state control rooms across the country, the ministry said.

The share of micro enterprises is 93.17 per cent whereas small and medium enterprises are 5.62 per cent and 1.21 per cent respectively.

Enterprises which are not yet registered, should register themselves to avail the benefits of Ministry of MSME and other government agencies, the ministry said adding that the registration is free of cost and should be done only on the government portal.