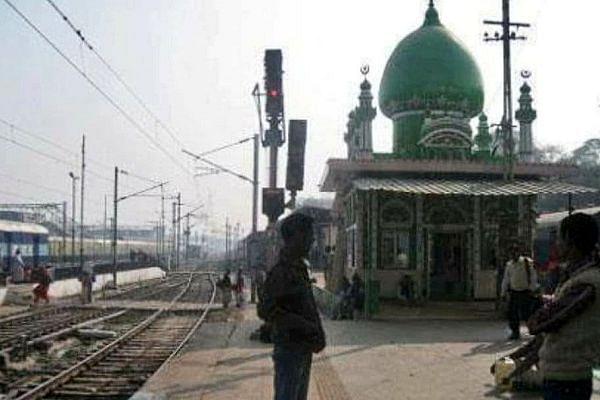 A religious structure on a railway platform in India (via Twitter)

Almost 179 illegal religious structures in the form of dargahs, mosques and temples are present on platforms and yards across all zones of the Indian Railways.

This information was given on Friday (30 July) by the Union minister of railways Ashwini Vaishnaw in Rajya Sabha.

“Efforts to remove these illegal religious structures from all station platforms or yards have been taken by the railway administration along with the Railway Protection Force (RPF) with the assistance of local administration and Government Railway Police (GRP),” Vaishnaw said in his reply.

The minister said that these structures had been recorded and monitored regularly to prevent any further expansion.

Further, the minister listed the difficulties like public agitation, non-cooperation from the state government, and law and order issues faced by the railway administration to remove such illegal religious structures, reports Hindustan Times.

“The railways also makes efforts to amicably settle the issue by persuading the members of the religious structure committee to shift the location of their religious structures to other places outside of railway areas,” the minister added.