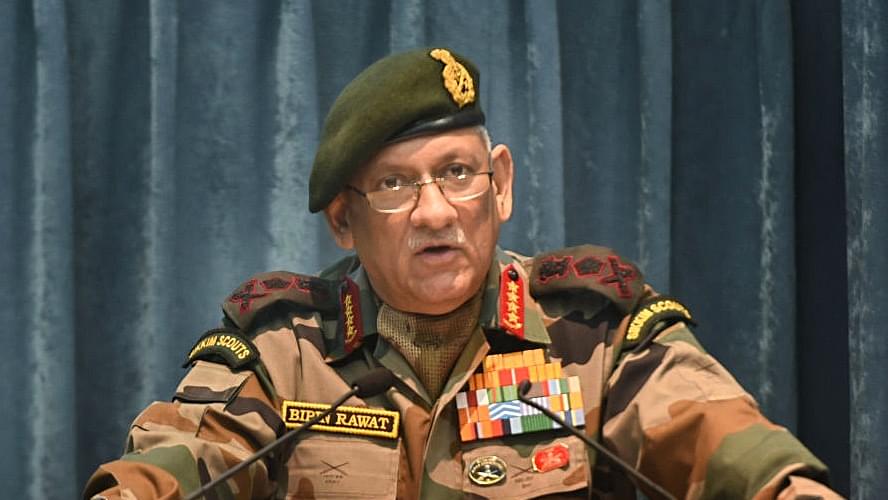 Army Chief General Bipin Rawat on Wednesday (28 November) said Pakistan has changed the demography of Pakistan Occupied Kashmir (PoK) and the identity of Kashmiris on that side has been “gradually eroded”, Firstpost has reported.

"Is he is a Kashmiri or a Punjabi who has come in there and occupied that area. People from Gilgit-Baltistan are also now being taken over gradually. So, if there is an identity between our side of Kashmiri and the other side, then the identity thing has gradually been eroded. That is an issue we have to look at," he said.

Army Chief on PoK said that Pakistan, by cleverly changing PoK’s demography, has made it difficult to identify a real Kashmiri. Rawat pointed out that due to the occupation of the PoK and Gilgit-Baltistan by outsiders, the identity of people in the area has been systematically eroded.

Rawat was delivering a lecture in Mumbai’s Yashwant Rao Chavan Memorial. He also expressed concern over allowing funeral processions of terrorists and said, “In a funeral procession when you make a martyr of a terrorist is what is possibly encouraging more people to join the terrorist ranks.”

On successful operations against terrorists in Kashmir, Rawat credited the locals for providing “hard intelligence”. He also said that a little bit of peace does not mean that the army should return to barracks and let things happen as terrorists will use this time for “revamping” their network.