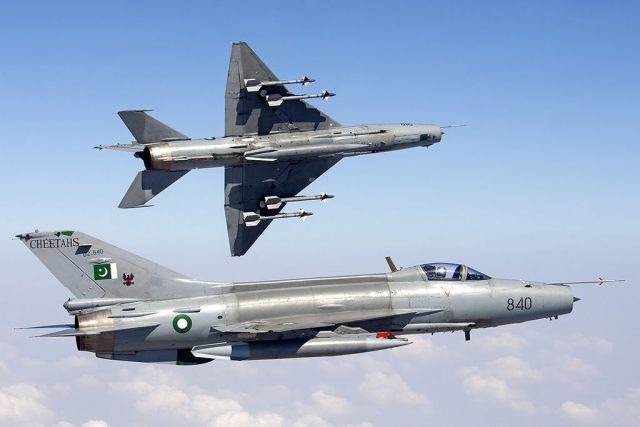 Fighters of the Pakistan Air Force

Inter-Services Public Relations (ISPR), the propaganda wing of the Pakistani armed forces, has claimed that the country has shot down two fighter jets of the Indian Air Force (IAF) which it says had crossed the Line of Control (LoC) following air strikes in Jammu and Kashmir by the Pakistan Air Force earlier today.

In response to PAF strikes this morning as released by MoFA, IAF crossed LOC. PAF shot down two Indian aircrafts inside Pakistani airspace. One of the aircraft fell inside AJ&K while other fell inside IOK. One Indian pilot arrested by troops on ground while two in the area.

Major General Asif Ghafoor of the Pakistan Army confirmed this on Twitter.

The confirmation came moments after Pakistan’s Foreign Ministry released a statement claiming that the fighters of the Pakistan Air Force dropped bombs at multiple locations from its side of the LoC.

“Today, Pakistan Air Force undertook strikes across Line of Control from within Pakistani airspace,” the statement issued by Pakistan’s Foreign Ministry read, adding that Islamabad has no intention to escalate the tensions further.

“We do not wish to go to that route and wish that India gives peace a chance and to resolve issues like a mature democratic nation,” it added.