Pakistan: Family Of Kidnapped Sikh Girl Denies Reports Of Her Being Returned, Calls Upon Gen Bajwa, Imran Khan To Act 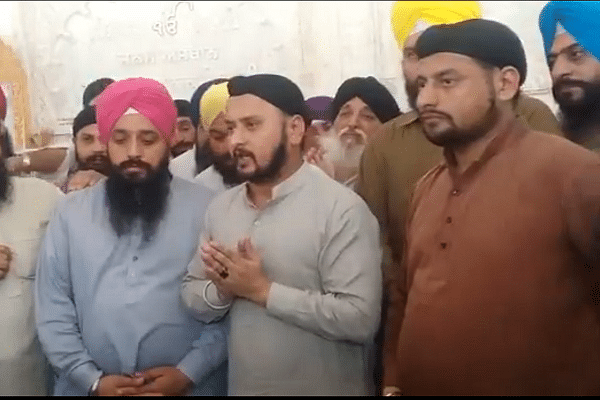 Following widespread media reports about the kidnapped Sikh girl Jagjit Kaur being returned to her family in Nankana Sahib in Pakistan and the culprits have been released, her family has issued a video denying such claims as fake news and has clarified that she remains missing.

Family of the Sikh Girl abducted and converted to Islam says, she has not yet been returned to the family. Lies being spread by Pak Govt that the girl is back home. Family counters fake news with Sikh community. Say, we demand justice or else we will be forced to take some step. pic.twitter.com/dqC84FoG0M

The family members reiterated their appeal to Pakistani authorities, including Pakistan Army chief General Qamar Javed Bajwa and Pakistani Prime Minister Imran Khan, that the kidnapped girl be rescued and returned to them.

The girl, who is the daughter of the priest of Gurudwara Tambu Sahib, has been missing for several days now, and is believed to have been forcibly married to a Muslim man and converted to the Islamic faith. A number of leaders from India, including Punjab Chief Minister Captain Amarinder Singh, have demanded immediate action to rescue the girl and nab the culprits.

The Indian Ministry of External Affairs had also previously communicated these concerns to the Pakistani side, asking for the girl to be reunited with her family.