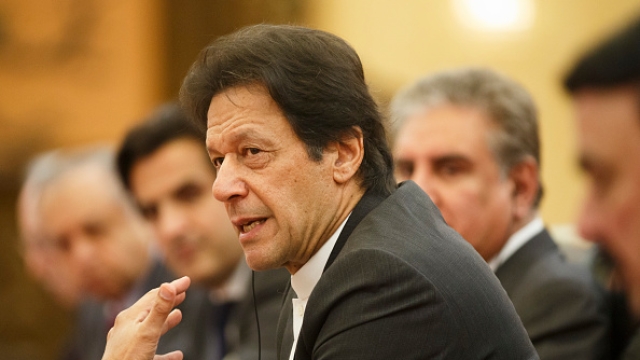 Speaking at the foundation stone laying ceremony of Baba Guru Nanak University at Nankana Sahib, the premier added that the CEO of Shaukat Khanum hospital, along with top doctors of the country, have been sent for the treatment of the Pakistan Muslim League-Nawaz (PML-N) supremo, The Express Tribune reported.

According to the Services Institute of Medical Sciences (SIMS) Principal Professor Mahmood Ayaz, Sharif, who has been diagnosed with acute immune thrombocytopenic purpura (ITP), a bleeding disorder, was slightly better and his platelet levels were also stable.

Ayaz added that the former premier would remain in the hospital until his treatment was complete, adding that Sharif has not yet expressed a desire to be shifted anywhere else.

Nawaz Sharif, who had been shifted from the Kot Lakhpat Jail where he is serving seven-year imprisonment in the Al-Azizia corruption case to the NAB's Lahore building following his arrest in the Chaudhry Sugar Mills case, was hospitalised on 21 October after a decline in his platelet count.