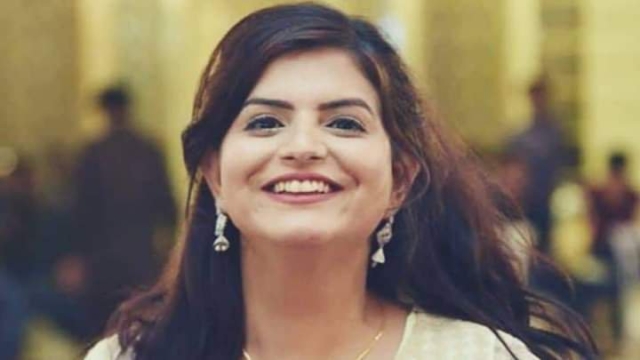 Civil society and rights activists have demanded the immediate arrest of the killers of a Pakistani Hindu medical student who was found dead under mysterious circumstances in her hostel room in September, saying she was subjected to criminal assault.

The development comes after an autopsy report on 6 November revealed that Nimrita Kumari, whose body was found on 16 September hanging from the ceiling fan in her hostel room at the Shaheed Mohtarma Benazir Bhutto Medical University (SMBBMU) in Larkana, was raped and then murdered.

She was enrolled in the university's Bachelor of Dental Surgery programme and was a final year student.

At a protest demonstration outside the Karachi Press Club on Saturday (9 November), dozens of activists holding placards and chanting slogans demanded removal of the college head, reports Dawn news.

The protest was jointly organised by the Women Workers Federation (HBWWF) and Young Workers Committee.

The protesters questioned the role of the Sindh government for failing to handle the harassment of working women and female students at workplaces and educational institutions.

"In Sindh and other provinces, the ugly incidents of harassment of female students in educational institutions and women workers at workplaces are increasing with every passing day," HBWWF general secretary Zehra Khan told protesters.

"It is a great tragedy that the higher administration of the Sindh government-run medical university in Larkana had dubbed the rape and murder of medical student Nimrita as a suicide. The administration instead of stopping such incidents often tries to hush up these matters or give them some other colour so that actual culprits go scot-free."

National Trade Union Federation General Secretary Nasir Mansoor said that sexual harassment cases in educational institutions were rising and it was becoming difficult for female students to get education.

The demonstration was also addressed by Young Workers Committee leader Shah Faisal, who said that in Pakistan, mainly in Sindh, the security forces were deployed in universities in the name of security, but still cases of sexual harassment of female students were reported there, which remained a serious concern, reported Dawn news.

The Sindh government following massive province-wide protests had ordered a judicial inquiry into the matter.

The murder probe which is being supervised by the Larkana District and Sessions Judge on the directives of Sindh High Court (SHC) is still underway.