Pakistan Is Now ‘Terroristan’, A Geography Synonymous With Terror: India At United Nations 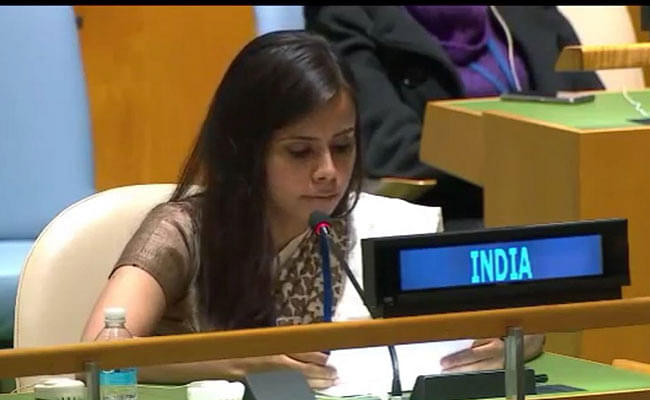 Replying to Pakistan’s brazen defence of terrorism at the annual United Nations General Assembly (UNGA) session, India's First Secretary to the UN Eenam Gambhir said that the country has now become a geography synonymous with terror, with a thriving industry that produces and exports terrorism.

"Pakistan is now 'Terroristan', with a flourishing industry producing and exporting global terrorism," India said while exercising its 'right of reply' at the UNGA. "The quest for a land of pure has actually produced the land of pure terror,” she added.

Pakistan is now Terroristan
"Quest for a land of pure has produced the land of pure terror" - @IndiaUNNewYork replies to Pakistan @UN pic.twitter.com/I2n8Nq0d7i

“It is extraordinary that the state which protected Osama Bin Laden and sheltered Mullah Omar should have the gumption to play the victim. By now, all Pakistan's neighbours are painfully familiar with these tactics to create a narrative based on distortions, deceptions and deceit," Gambhir said.

The world does not need lessons on democracy and human rights from a country whose own situation is charitably described as a failed state, she added.

India's statement was in response to Pakistan Prime Minister Shahid Khaqan Abbasi's maiden speech at the UNGA on Thursday, in which he had defended terrorism.

Abbasi had urged the UN to appoint a special envoy to Kashmir, as he claimed that the struggle of the people in the region is being "brutally suppressed" by India. He had accused India of indulging in terror activities against his country and warned of a "matching response" if it "ventures across the LoC (Line of Control)" or acts upon its doctrine of limited war against Pakistan.