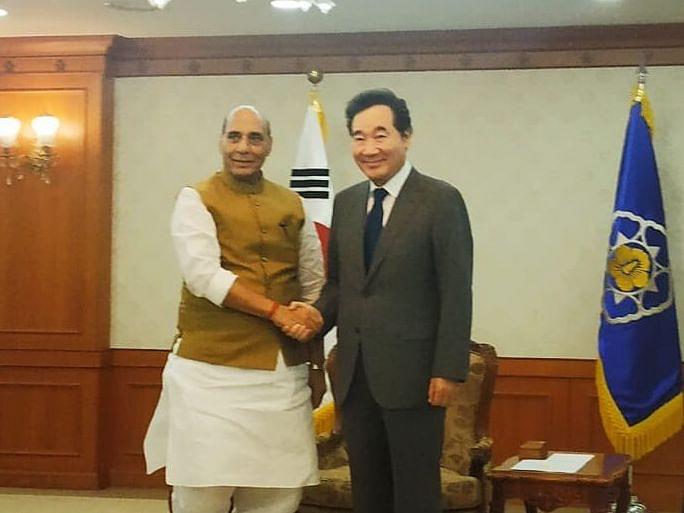 South Korea has assured India that its government will not offer any support to companies that are operating in Pakistan-occupied Kashmir, the part of erstwhile Jammu & Kashmir state illegally held by Pakistan, ET reports.

South Korea has said that policy regarding the issue has been in place since 2014 when support in the form of government subsidies and tax breaks were withdrawn from companies that set up shop in the region.

The assurance comes in the backdrop of Pakistani media reports of the South Korean ambassador to Pakistan saying that investments in the region will continue. India has reached out to friendly nations with its concerns on projects in the region, including CPEC which violate Indian sovereignty.

The comments were made as the Defence Minister Rajnath Singh is currently on a visit to South Korea and has met the country’s Prime Minister (PM) Lee Nak-yon. Singh also met the Japanese PM Shinzo earlier as part of his two-nation trip.