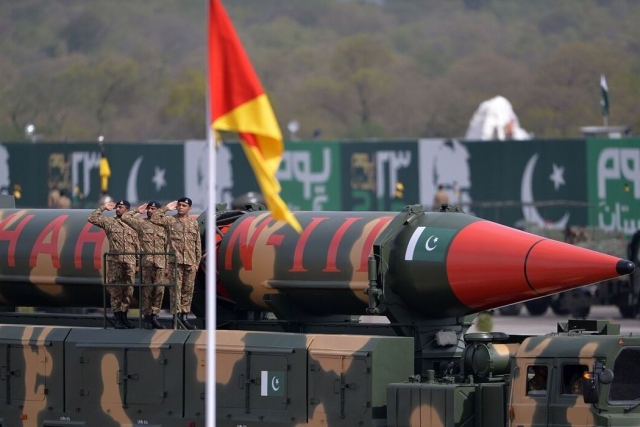 The Ministry of Defence (MoD) has said that despite facing a financial crisis, Pakistan is “relentlessly” expanding its armed forces as well as nuclear and missile capabilities, reports Times of India.

According to the report, the MoD in its latest annual report asserts that after the Imran Khan government came to office in August last year, the Pakistani Army has further consolidated its position as the “institution driving Pakistan’s foreign security and defence policies”.

The MoD’s assertion about the rapidly-increasing nuclear and missile arsenals of Pakistan comes in the wake of international assessments that Islamabad now has 140-150 nuclear warheads as compared to India’s 130-140.

In its report, the MoD said that there were global concerns regarding proliferation of weapons of mass destruction (WMD) and their delivery systems. The proliferation of such weapons pose a serious danger to international security, MoD noted.

“WMD terrorism will remain a potent threat as long as there are terrorists seeking to gain access to relevant materials and technologies for malicious purposes,” MoD said.

The MoD report also slammed Pakistani Army for its active support to anti-India terrorist organisations and said, “It has avoided taking action against jihadi and internationally proscribed terror outfits that target its neighbours,”

“Support to such groups persists. Such outfits continue to be encouraged to infiltrate into India under the cover of the massive cross Line of Control and cross-border firing in Jammu and Kashmir and other areas throughout the year,” it added.