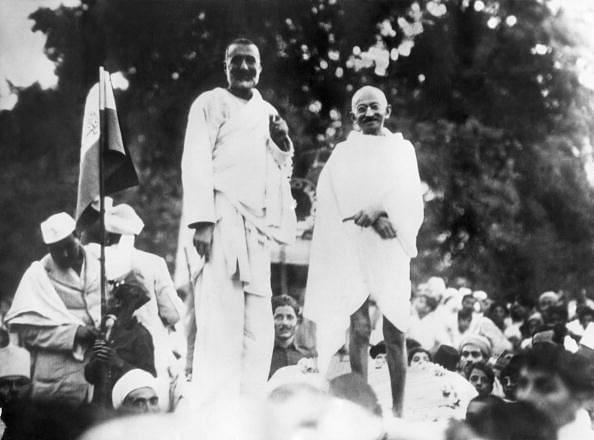 Mahatma Gandhi and Khan Abdul Ghaffar Khan in Peshawar in 1938.

Pakistan-born Canadian writer Tarek Fatah was at his acerbic and brutal best at the India Ideas Conclave 2016 at Goa on Saturday (6 November) when he said that India should have no ties and contacts with a terrorist state like Pakistan.

"Pakistani actors come to India after clearance from the ISI, and let nobody fool you on this," he said, to thunderous applause. Fatah commenced his address with the statement that India is not India without Lahore, Sind, Balochistan and Khyber-Pakhtunwa.

"India abandoned one of its most important freedom fighters (Khan Abdul Ghaffar Khan or the 'Frontier Gandhi'). India is carrying the cross for that, and for the ten million who died in 1947 and the 3 million who were butchered by Pakistan in 1971," he said.

"As long as there is no Sind in Hind, there is no Hindustan," he proclaimed. Hindus, he said, are too tolerant. "Hindus have their holiest city named after a Muslim (Allahabad), but don’t have the guts to ask Muslims when they'll name their sons as Ashok or their daughters as Nirmala," he said, adding that anyone who supports a separate personal law for Muslims in India is an agent of Saudi Arabia and Pakistan.

Pointing out that Indus Valley excavations have not revealed a single weapon of war, Fatah said that India was a civilisation dating back to at least 5,000 years. "We are the children of that civilisation," he said. "Every invader of this country has a city named after it. Will Poland allow any of its cities to be named after Hitler?" he asked.

Muslims of India should be ashamed to consider Babur as their hero and should, instead, take ownership of the Mahabharata. India must assert itself, and even against China, but only after strengthening itself militarily, he said. Advocating a year's conscription in the armed forces, Fatah said till young men from upper middle class families of the country serve as soldiers, India's military would not be strong.

Islamic scholar Mahmood Madani, who doged questions on contentious topics like triple talaq and the uniform civil code, nonetheless said that Muslims of this country would have to decide if they are India's problems or assets. He suggested that radicalisation of Muslim youths has its causes - "every action causes a reaction" - and held that Islam was brought to India by Sufi saints and not by Babur.

Madani emphasised the need for dialogue and said that while there will be quarrels and differences, a way out would have to be found through discussions. "Muslims here (in India) are Indian by choice and not by chance," he declared.