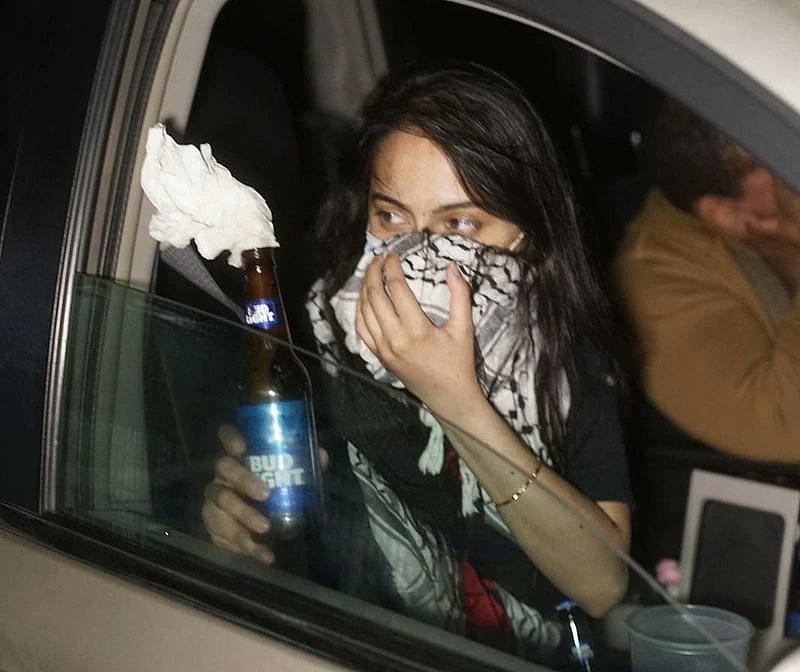 Two Brooklyn attorneys, charged with tossing a Molotov cocktail into a van belonging to New York Police Department (NYPD) during the violent protests that erupted in the city over the the police killing of George Floyd on Friday (May 29) night, were granted bail on Monday (Jun 1), The New York Times reported.

Urooj Rahman, a Pakistanti-American human rights lawyer and Colinford Mattis, a 32-year-old Princeton educated corporate attorney at Manhattan firm Pryor Cashman, were charged with one count of causing damage by fire and explosives to a police vehicle, and face up to 20 years in prison if convicted.

Rahman threw a chemical filled bomb into an empty police cruiser that was parked outside the 88th Precinct station house in Fort Greene, Brooklyn. As the mixture set ablaze car console aflame She then jumped into a van that Mattis was driving and together they sped away

Despite objections of federal prosecutors who warned the pair might “return to rioting", a federal judge Steven Gold at the Eastern District of New York during a remote court proceeding agreed to release two lawyers on $250,000 bond each

The duo were arrested soon after and police recovered a lighter, a gasoline tank and “a Bud Light beer bottle filled with toilet paper and a liquid suspected to be gasoline from inside the car.

The federal judge agreed to release on her bail after many members of Rahman’s family appeared on a conference call to offer bond support. The judge was informed that Rahman take care of her ailing mother, has provided legal support to marginalised people and federal lockup has several cases COVID-19 infections.

“Instead of using their privileged positions to change society lawfully, they used a Molotov cocktail and sought to incite others to adopt their violent ways,” prosecutors argued in a court filing.

Both Mattis and Rahman will be subject to home confinement and their family and friends who have offered to post the bond will be held responsible for paying if the lawyers jump bail, Gold ordered at the hearings.