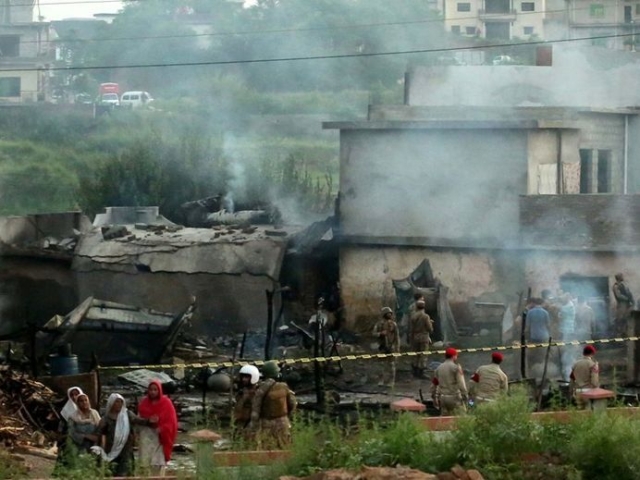 The residential area where the plane crashed. (via Twitter)

A Pakistani Army aircraft crashed in Rawalpindi in early morning hours around 2 am today (30 July) leading to the deaths of 17 persons, including five crew members, Dawn has reported.

The plane was on a routine training flight and the crash led to a massive fire breaking out in the locality engulfing several houses. 12 others were also injured in the incident and the area had been cordoned off by the Pakistani military.

Horrifying, tragic. A Pakistan Military aircraft has crashed into a residential part of Rawalpindi, killing the crew and several civilians on ground. RIP. https://t.co/8s8u52J8xe pic.twitter.com/AKZPKaOZHq

"People were screaming. We tried to help them but the flames were too high and the fire too intense, so we could not do anything. The dead includes seven members of one family and most of them were burned to death," a resident quoted in the report said.

No word on the type of aircraft or the cause of the accident had been released by the Pakistani forces, as per another report.