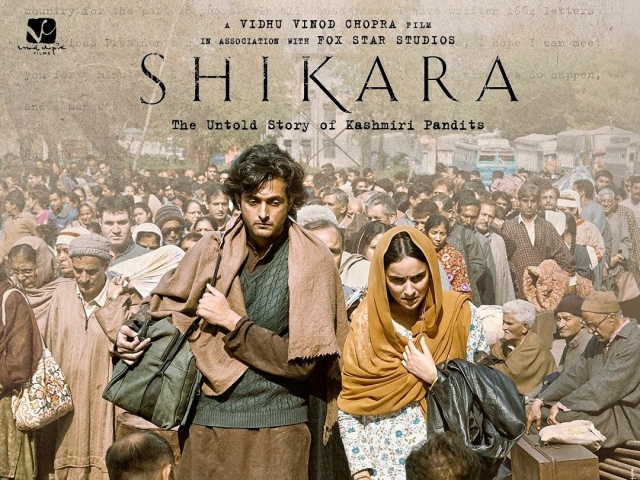 The poster of the upcoming film ‘Shikara: The Untold Story of Kashmiri Pandits’ (Twitter/@VVCFilms)

The trailer of Vidhu Vinod Chopra's upcoming film "Shikara" is winning over hearts not only in India but also on the other side of the border.

Noted Pakistani film critic Fawad Ahmed broke down after watching the trailer of the film. In a Twitter post by @AdityaRaj Kaul, Ahmed gave thumbs up to the trailer and also broke down.

The reaction of Indian Twitterati to Ahmed's emotions was, however, mixed.

"Don't take him seriously because he always (and many other pakistani YouTubers) makes videos saying goody-goody about India at least on face, as they know Indians will watch which in turn will increase their viewership... Although this ain't a comment on movie trailer which is good," wrote a user named @SanjivS96780107.

"No drama Mr Fawad.... reality was much brutal and inhuman starting 1947.... only difference here is that the Pandits became and are refugees in their own country... till date... hopefully it will all change in coming years.... the hyenas have been identified...," wrote @satyanbeshi.

Others backed Ahmed. "I do follow him in YouTube and watch his every video; he is unbiased and good critics on every subjects to be discussed," wrote @RajoyNunisa.

"Shikara" tells the story of the Kashmiri Pandit exodus of 1990 from Kashmir owing to Islamic terror.

The film marks Chopra's return to direction after 13 years. He last made "Eklavya: The Royal Guard" in 2007.