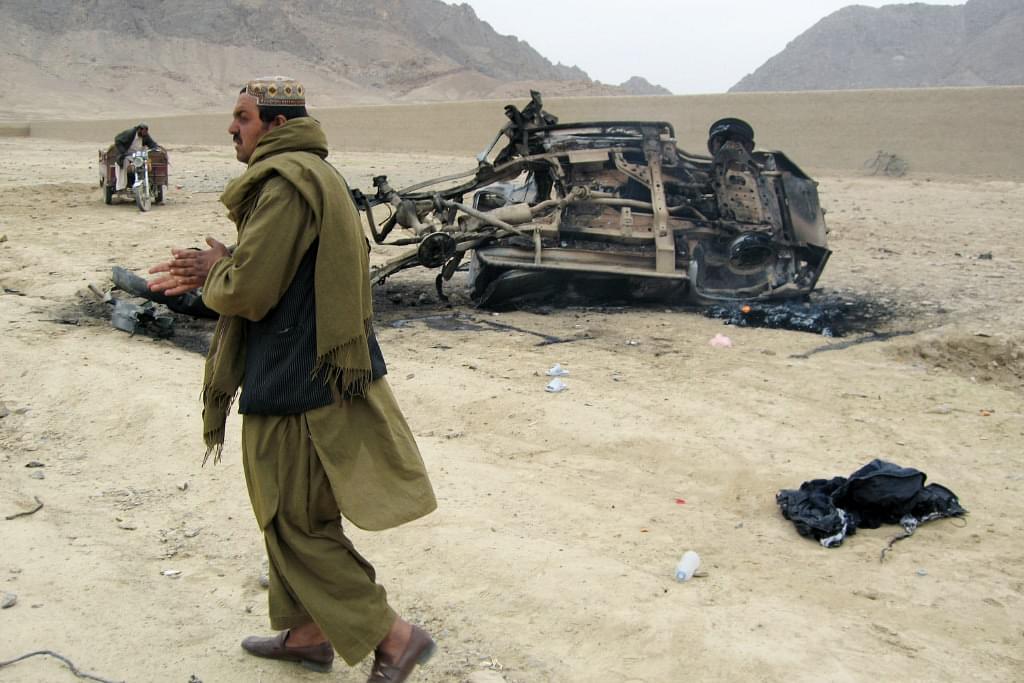 Afghans stand at the site of a blast on February 27, 2011 in Arghandab district of Kandahar province, Afghanistan (Photo by Getty Images)

A study by Oxford University and Strategic Foresight Group (SFG) - Humanity at risk-Global Terror Threat Indicant (GTTI), said that Pakistan is responsible for three times the terror risk to humanity than that of Syria.

According to GTTI, while the Afghan Taliban and the Lashkar-e-Taiyyaba (LeT) pose the maximum threat to international security in future, Pakistan is placed on top of the list of countries with the highest number of terrorist bases and safe havens as reported by HT.

“If we look at the most dangerous terrorist groups, based on hard facts and statistics, we find that Pakistan hosts or aids majority of them. Also, there are a significant number of groups based in Afghanistan, which operate with the support of Pakistan,” the report said.

Among these groups, Islamic State of Iraq and the Levant (ISIL)/Daesh has attracted much media attention in the last five years. But with swift rise and fall of ISIL/Daesh, Al-Qaida remains the most resilient terror network. Until 2011, it was led by Osama bin Laden but now his son, Hamza bin Osama bin Laden has emerged, what is described as the “new crown prince of terror.”

“The birth of Al-Qaida was in Pakistan and then Pakistan influenced Afghanistan. Osama Bin Laden had a safe haven in a huge compound near the Pakistani military establishment in Abbottabad. The compound was much larger than the surrounding houses of retired Pakistani military officers. The occupants of the compound often bought expensive goods from a neighbourhood shop that most people in the vicinity could not afford. The presence of an important family in the compound was nothing but conspicuous,” the report states.

In a shocking revelation, report says: “The Jihadi thought processes have proved to be most resilient for almost 150 years, beginning in what is today Pakistan and parts of Afghanistan. Many extremist movements have arisen and collapsed but the Jihadi movement has survived in Pakistan and Afghanistan, now firmly spreading to the Middle East and North and West Africa.”

On Friday, Afghanistan’s deputy defence minister, Hilaluddin Helal, said at the Beijing Xiangshan Forum on defence that more than 50,000 militants from 21 terrorist organisations are currently operating in Afghanistan and out of these 70 per cent are Pakistanis.

Pakistan is the only member of Organisation of Islamic Countries (OIC) that posseses nuclear weapons. The nuclear power status has enabled Pakistan to carry our sub-conventional terror attacks in the subcontinent with impunity. India has been opposing Pakistan’s use of terrorists as an instrument of foreign policy in international forums for a long time.

The report has substantiated the charges made by India, Pakistan, USA and several others that Pakistan is a breeding ground and safe haven for terrorists.