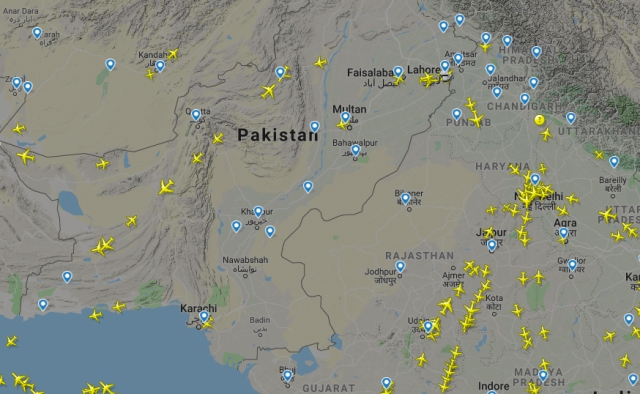 The Indian Air Force (IAF) has released a statement taking note of the continued closure of Pakistan’s airspace along the border with India.

The IAF, in its statement, has said that it remains in a high state of preparedness and is ready to ‘proactively’ respond to ‘perceived threats’.

“A strict vigil in the skies to detect and thwart any act of aggression from Pakistan Air Force is being maintained,” the statement read.

“Pakistan has opened their airspace with Oman, Iran, Afghanistan and China only. The eleven entry and exit points located along Indo-Pak airspace boundary are still closed,” the IAF added, hinting that the tension between the two countries has not eased.

Pakistan’s Civil Aviation Authority (CAA) had issued on Wednesday a fresh NOTAM (notice to airmen) saying that the country’s airspace would remain closed till 1 pm on Thursday (7 March). However, a look at air traffic over Pakistan suggests that most of Pakistan’s airspace along the border remains closed.