Penchant For The ‘Exotic’ Fails Priyanka? PETA Slams Newly Weds For The Use Of Animals At Their Wedding 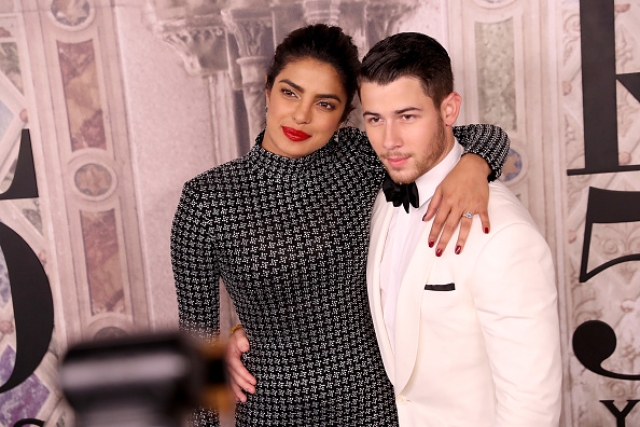 After social media outrage over the use of firecrackers at the wedding celebrations of actress Priyanka Chopra and American singer Nick Jonas in Jodhpur, the couple has found itself in yet another storm as animal rights organisation People for Ethical Treatment of Animals (PETA) has raised concerns over the use of an elephant and a horse at the wedding. Jonas is said to have arrived on horseback for the wedding, reports The Tribune India.

"Dear Priyanka Chopra and Nick Jonas. Elephants for weddings live in chains and horses, are controlled with whips, spiked bits. People are rejecting elephant rides and having horse-free weddings. Congrats, but we regret it was not a happy day for animals," PETA India posted on Twitter on Monday, a day after the couple got married in a traditional Hindu ceremony.

The post by PETA was followed by a video titled "Band, Baaja, Brutality", which showcases the torment faced by horses used in weddings. "Priyanka has been ill-served by not being advised of the firestorm that would be caused by participating in animal abuse", said PETA India CEO Manilal Valliyate.

"It doesn't make a person look big or glamorous to promote cruelty to animals which has no choice but to serve. It makes them look small. Overwhelmingly, these days PETA is delighted to see so many celebrities feel passionate about protecting animals," added Valliyate.