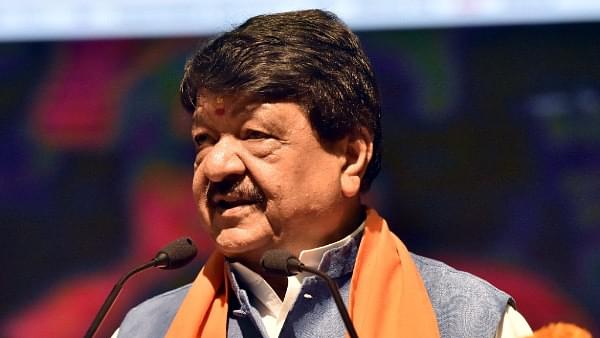 BJP general secretary and West Bengal in-charge, Kailash Vijayvargiya, has said that Hindus and non-Muslims will not have to worry about being left out of the National Register of Citizens (NRC), which was created for the state of Assam under the supervision of the Supreme Court recently, an Economic Times report says. He said the government had trained its guns only on illegal immigrants from Bangladesh who had sneaked into India for pecuniary gains and to destabilise the country.

He said an amended citizenship bill would soon be introduced and will incorporate clauses regarding the protection of persecuted minorities such as Hindus, Buddhists and Jains in foreign lands.

“We have now categorised illegal migrants into two. One is that of persecuted Hindus, and the other is that of Bangladeshi Muslims, who have sneaked into India only to enjoy its resources and also to create problems in the country. These are not people in need of survival, but troublemakers,” he said.

“As far as persecuted Hindus and non-Muslims are concerned, even if for some reason they are not able to produce perfect documentation in support of their cause, the government will not fail them,” he added.

Vijayvargiya said Bangladeshi Muslims are a drain on the resources of the Indian government as a result of which those in genuine need of support were being deliberately ignored, only because of strong vested interests. He was categorical that his party and government will not tolerate this sham.

Vijayvargiya also pitched for an NRC-like exercise in West Bengal to weed out all illegal, anti-national elements. He said Malda district in West Bengal was the root source of dubious financing and counterfeit currency distribution. He said that according to an internal report of the BJP, there were as many as 10 million illegal voters in West Bengal and that the situation needed to be straightened out.

BJP now plans to seek legal recourse for an NRC in West Bengal as the current Chief Minister, Mamata Banerjee, has been aggressively vocal against such an exercise, possibly fearing an erosion in her carefully crafted votebase.