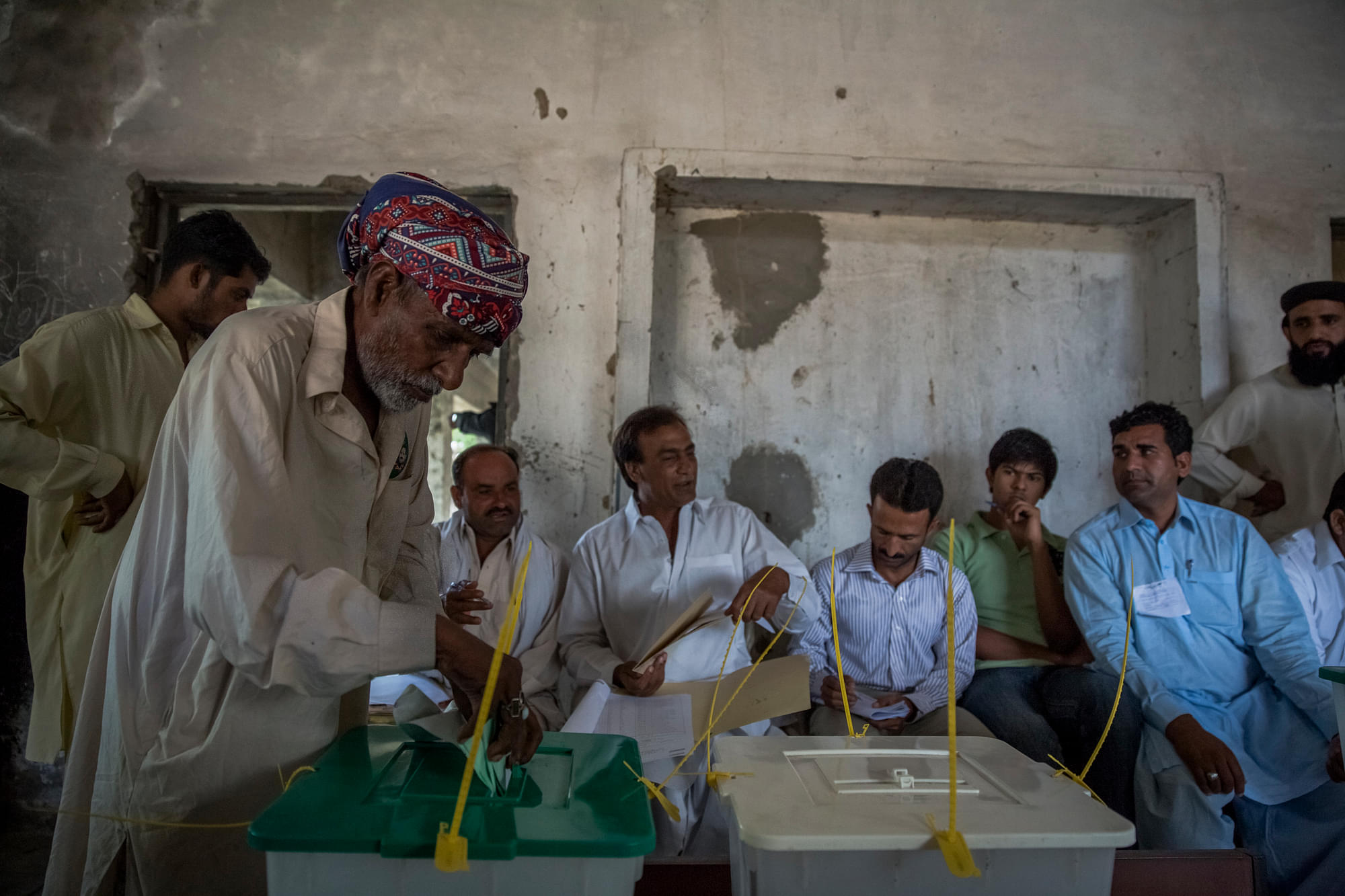 A man casts his vote in Lahore (Daniel Berehulak/Getty Images)

Following the violence in the run up to general elections in Pakistan, the deputy commissioner has arranged for 1000 kafans (burial shrouds) as preemptive measure, The Express Tribune has reported. “We hope we will have a peaceful voting process but we’re ready to deal with an emergency situation,” the deputy commissioner of Peshawar Imran Hamid Sheikh told The Express Tribune.

The commissioner also added that the authorities had banned aerial firing, black-tinted glasses and unregistered entry of vehicles in Peshawar. In addition to this movement of Afghan refugees would be restricted on polling day.