Philippines To End Joint War Games With The US: Eyes Trade Ties With China And Russia 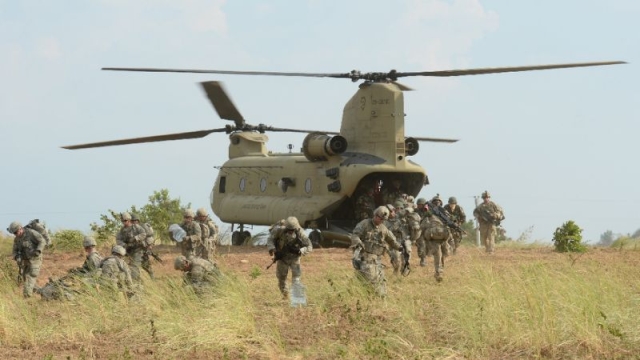 Philippines and the US troops at a joint military exercise.

Philippines President Rodrigo Duterte declared that the joint war games between the US and the Philippine marines in October will be the last.

“So I am serving notice to the Americans now that this will be the last military exercise,” he said, while maintaining the military alliance, the PH-US pact, which the countries signed in the early 50s.

“I am about to cross the Rubicon with the US. It is a point of no return,” he said.

Beginning Tuesday next week, about 1,400 US marines, sailors based in Okinawa, Japan, will participate in the Amphibious Landing Exercise with about 500 Philippine troops at multiple locations in the Philippine’s main Luzon Island and Palawan, the province facing the South China Sea.

Duterte accused the US of "undermining" the Philippines currency, causing the peso to tumble against the dollar.

"The Americans are undermining us now. They are manipulating... the peso weakened," Duterte claimed in a speech at the Philippine marine headquarters in Taguig.

In view of the ongoing crisis in the South China Sea and China’s increasing assertiveness in the region, the relationship was considered important for both US and the Philippines.

But Duterte’s latest remarks imply he has second thoughts about handling his country’s foreign ties, especially with regard to the rising power China.