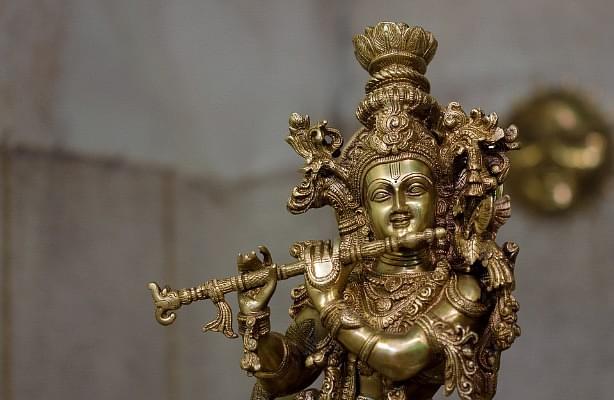 An idol of Lord Sri Krishna

Few days after the district court of Varanasi has given approval for the survey of Kashi Vishwanath Temple-Gyanvapi Mosque complex by the Archaeological Survey of India (ASI), a petition has been filed in Mathura court claiming that the idols of the Sri Krishna Janmasthan temple lie buried beneath Jahanara mosque, popularly known as Jama Masjid in Agra.

The PIL filed by advocate Shailendra Singh, who is representing five petitioners from Lucknow, has sought a ground radiology test by ASI at the Jahanara mosque to ascertain if Lord Krishna's idols are buried beneath it, reports Times Now.

Quoting from ‘Anecdotes of Aurangzeb And Historical Essays By Jadunath Sarkar, Published By M. C. Sarkar & Sons. 902-a Harrison Road, Calcutta 1917. at Page 11-12’ the PIL stated, "The grandest shrine of Mathura, Kesav Rai's temple, built at a cost of 33 lakhs of rupees by the Bundela Rajah Birsingh Dev, was razed to the ground in January, 1670, and a mosque built on its site. The idols were brought to Agra and buried under the steps of Jahanara's mosque that they might be constantly trodden on by the Muslims going in to pray."

Sri Krishna Janmasthan Temple also known as Katra Keshav Dev temple was destroyed multiple times throughout history and most recently by Aurangzeb in 1670 who erected a mosque in its place.

In the late 20th century, a group of industrialists sponsored the construction of the present temple beside the site of the original temple in Mathura.