Playing A Sport Can Give You A Government Job In Delhi: Cabinet Approves Sports Quota 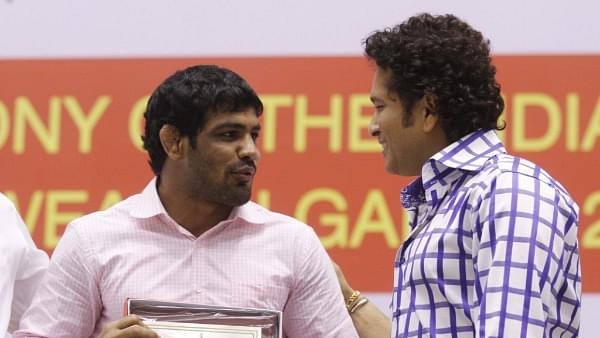 Delhi-born Wrestler Sushil Kumar during the felicitation programme for the Indian contingent for the Commonwealth Games in 2014. (Virendra Singh Gosain/Hindustan Times via Getty Images) (Representative image)

The Delhi Government has approved the Department of Education and Sports’ proposal to recruit players in the city government, reported the Times of India. On Monday, the cabinet approved reserving five per cent of the total vacancies for meritorious sportspersons.

The Chief Minister of Delhi Arvind Kejriwal tweeted confirming the approval of the proposal on Monday evening.

Good news for sportspersons of Delhi. Cabinet approves jobs in Delhi govt for those sportspersons who excel in their sports. Rules to be notified within one month.

An official statement was released later informing the Delhi government will reserve five per cent of the total number of vacancies for worthy sportspersons in all departments and autonomous bodies.

Three per cent of the five is reserved for the posts in Group C athletes. Group C consists of sportspersons who have won medal/participated in specified international sporting events.

"For the balance two per cent posts, Group A and Group B ex-cadre posts in the Government of Delhi will be earmarked for appointment of sportspersons who have won a medal in specified international sporting events," said the statement.

This step has been taken to encourage and support the city-based sports people. Earlier in August, the cabinet increased cash incentive for sportspersons from the national capital for their achievements in the Olympics, Asian Games and Commonwealth Games including para games.