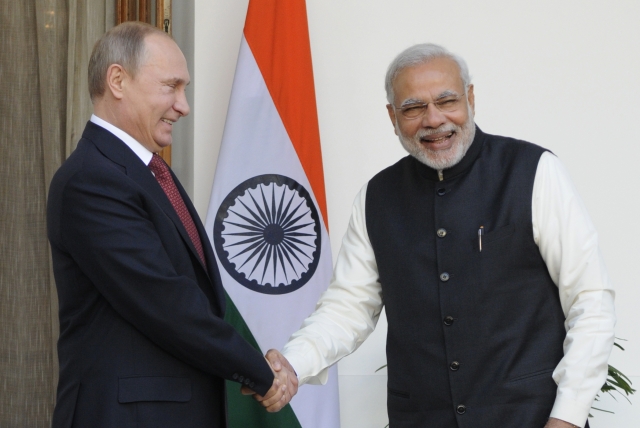 The award has been presented to Modi for “exceptional services in promoting special and privileged partnership between” India and Russia. This latest honour brings the total number of top global awards given to the prime minister to seven, including distinctions and awards received from the UAE, South Korea, Saudi Arabia, Palestine and Afghanistan.

Modi was also the recipient of the Champions of the Earth award by the United Nations.

The Order of St Andrew was created as the foremost order of chivalry in the Russian Empire in 1698 during the reign of the Tsars. St. Andrew is considered the patron saint of Russia.

After being discontinued during the Soviet-era, the order was re-introduced in 1998 as Russia’s highest civilian and military award.