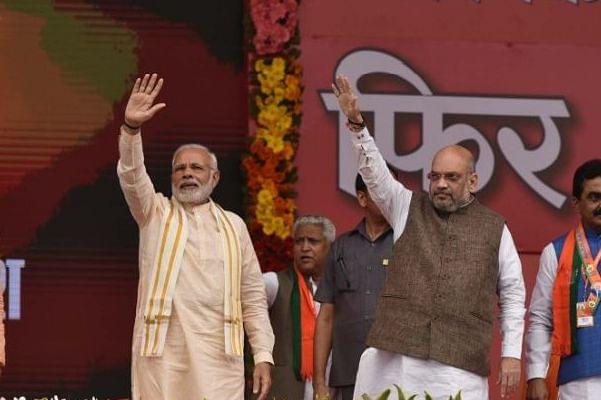 The Bharatiya Janata Party (BJP) on Thursday (21 March) released its first list of candidates for the Lok Sabha polls with Prime Minister Narendra Modi contesting the polls from Varanasi, like he did in 2014.

BJP President Amit Shah too is seeking a Lok Sabha entry this time round and he will contest the polls from Gandhinagar. This also means that veteran leader L K Advani would no longer be contesting from the seat which he has held since 1998.

In total the BJP has announced a list of 182 candidates.

Other senior Union Cabinet members Rajnath Singh and Nitin Gadkari would be re fielded from their respective seats of Lucknow and Nagpur.

General V K Singh who won the Ghaziabad lok sabha seat with a huge margin of 5.67 lakh votes would stand for elections from the same seat.

Rahul Gandhi will meet his familiar foe Smriti Irani who like last time would contest the elections from Amethi. Irani had famously give a scare to the now Congress president who subsequently managed to pull-off a victory.

Former senior BJD leader Baijayant J Panda who recently joined the BJP would contest from his former seat of Kendrapara which he held prior to his resignation.

While there were speculations of Mohanlal being fielded from Thiruvananthapuram the BJP will field former Mizoram governor Kummanam Rajasekharan from the seat.

Here are other high-profile candidates whose candidature was announced in the first list: