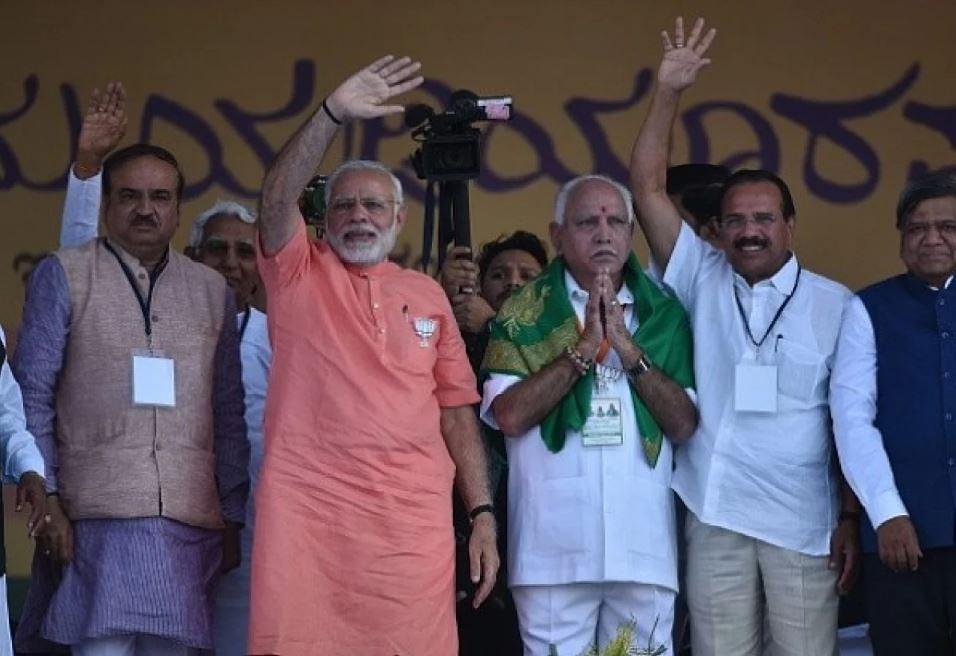 Prime Minister Narendra Modi on Wednesday (11 December) gave a standing ovation to the Karnataka CM B S Yediyurappa for winning the bypolls. He also gave standing ovation for people of Karnataka for giving majority seats to the party in the recently held assembly by-elections, reports Times Of India.

At the Parliamentary party meet of BJP in Parliament Library, PM Modi expressed his gratitude towards the people of Karnataka for the “record margin” victory.

“We won by a record margin and we also won two seats where we did not win before. The Prime Minister expressed his gratitude to the people of Karnataka. The Prime Minister hoped that development will progress at a faster pace with a stable government in place," Joshi said while quoting Modi.

Earlier on Monday (9 December), the BJP registered a thumping victory in the Karnataka by-elections by winning 12 out of 15 seats. With these results, BJP now has a comfortable majority with 117 MLAs in the 224-member assembly.