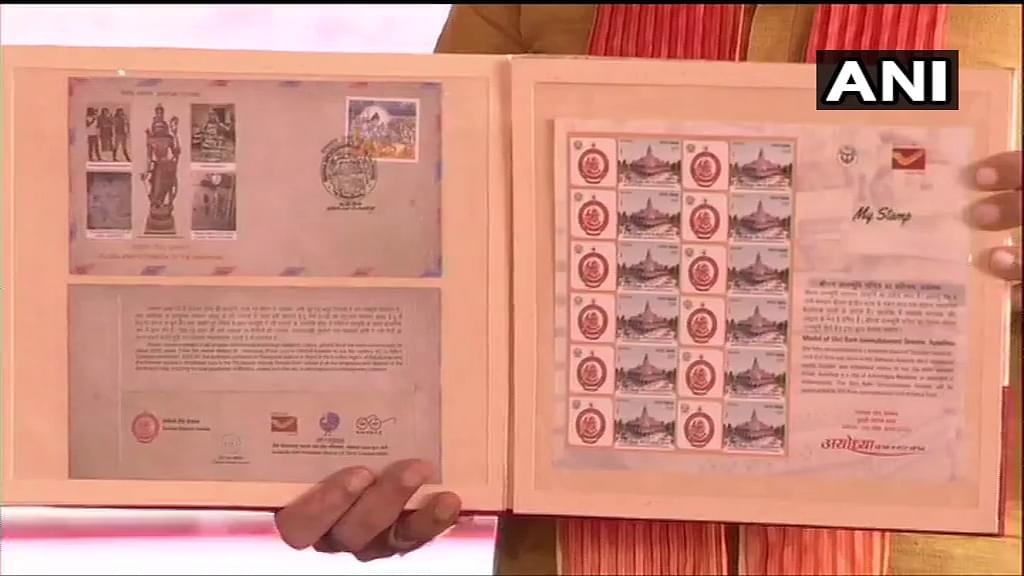 Earlier a struggle of 492 years today (5 August) came to fruition for millions of Ram Bhakts across the world as Prime Minister Modi fulfilled the Ram Mandir's Bhoomi Pujan at 12:44pm.

Prime Minister Modi performed a Mantra Pushpanjali and a Pradakshina before the Bhoomi Pujan concluded.

This puja marks start of the construction of a magnificent Mandir at the Ram Janmabhoomi in Ayodhya. Prime Minister Modi first took darshan of the Hanuman Garhi temple and of Ram Lalla virajman before taking part in the Bhoomi Pujan.

It had been earlier reported that the PM would launch a postage stamp on a symbolic model of the Ram temple during his Ayodhya visit to lay the foundation stone for the temple.

Director of Ayodhya Research Institute Y P Singh had said the stamps would be released on the bhoomi pujan day.

"If things go as planned, then postal stamps will also be launched on August 5. One of these stamps is likely to be on a symbolic model of Ram Temple and another on scenes depicting the significance of Ram in other countries," he had been quoted as saying.