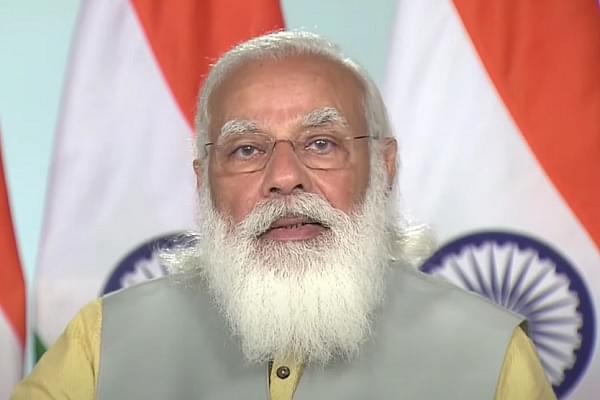 Prime Minister Narendra Modi will be on a day-long visit to his home state Gujarat and the Union Territory of Diu to take stock of the situation after the devastation caused by severe cyclonic storm 'Tauktae'.

According to sources, the Prime Minister will be landing directly at the Bhavnagar airport at around 11 am From Bhavnagar, he will take an aerial survey of Bhavnagar, Gir-Somnath and Amreli districts, as well as of Diu.

After the aerial survey of the three districts which are badly affected by the cyclone, he will hold a review meeting with Gujarat Chief Minister Vijay Rupani and officials of the state administration in Ahmedabad.

He will return to the national capital in the evening.

The Indian Meterological Department (IMD) on Wednesday (19 May) morning said that the deep depression (Remnant of Tauktae) has weakened into depression over South Rajasthan and adjoining Gujarat region at 05.30 am and is about 60 km west-southwest of Udaipur.

The IMD added that the depression will weaken gradually into a well marked low pressure area during next 12 hours.