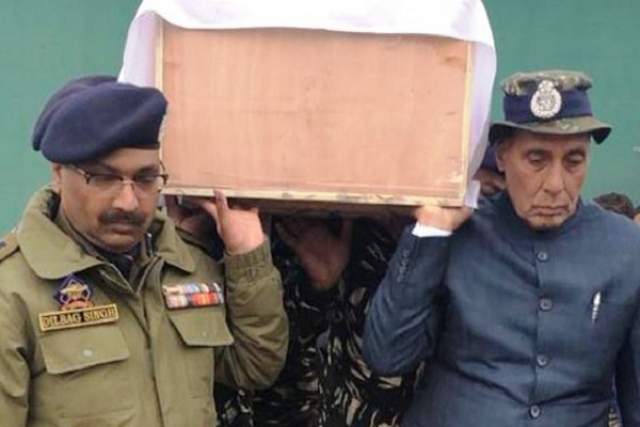 Grieving parents of constable Manoj Kumar Behra who was martyred during the dastardly Pulwama terror attack, are now struggling financially after their daughter-in-law has taken all the ex-gratia money given by the government and left them, India Today has reported.

As per the report, the family which resided at a village near Cuttak in Odisha was given an ex-gratia of Rs 45 lakh following Behra’s martyrdom. The constable then was the sole bread earner for the family.

Already reeling under the loss of their son, the parents suffered another jolt when their daughter-in-law decided to leave them along with their young granddaughter.

The martyr’s father has been quoted as saying that after leaving their house, the daughter-in-law Elilate told them that they have no right over the money. The ex-gratia amount was deposited in her bank account.

“Our son was everything for us, since his death our life has been miserable. He looked after us when he was alive. All the money that government sent our way was deposited into our daughter in laws account. Now she tells us that we didn't have any right over the money. I don't know what to do and where to go for help”, the father was quoted as saying.

As per local villagers, the parents have no source of income and are now living a miserable life.