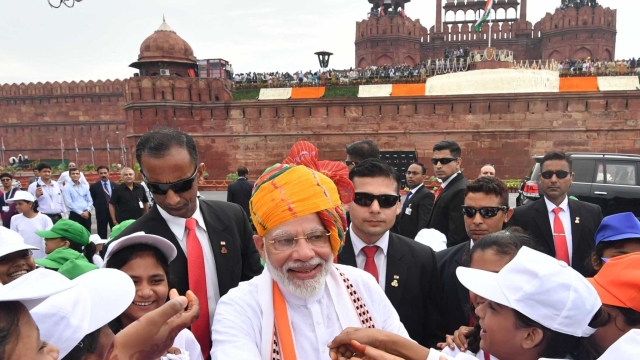 PM Modi at the Independence Day celebrations. (via Twitter)

Stressing on the need to control the ever-increasing population Prime Minister (PM) Narendra Modi has called for discussion and spreading awareness about the issue, NDTV has reported.

"Population explosion will cause many problems for our future generations. We have to be concerned about population explosion. The centre as well as state governments should launch schemes to tackle it," the PM said in his Independence Day speech.

Population explosion is a subject our nation must discuss as widely as possible. We owe this to the future generations... pic.twitter.com/SWkne1uvwG

“But there is a vigilant section of public which stops to think before bringing a child to the world, whether they can do justice to the child, give them all that she or he wants. They deserved respect. What they are doing is an act of patriotism. Let us learn from them," he added, lauding the role of family planning in tackling the issue.

PM Modi also stressed upon the role of healthy citizens in bringing about prosperity and development in the nation and urged the people to take up the cause. “As there are so many illnesses around efforts cannot just be at the government level. Everyone has to contribute," he said.