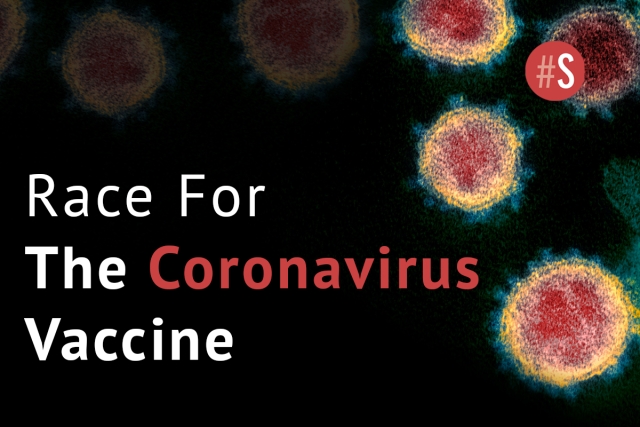 Where are we with a coronavirus vaccine?

ITV's political editor Robert Peston has hinted that positive news on initial trials of the University of Oxford's potential Coronavirus vaccine could be announced as soon as Thursday (Jul 16).

“Positive news soon (perhaps tomorrow) on initial trials of the Oxford Covid-19 vaccine that is backed by AstraZeneca and supported by tens of millions of pounds of government money” Peston wrote in his blog citing sources privy to the development.

“ The vaccine is generating the kind of antibody and T-cell (killer cell) response that the researchers would hope to see.” Peston added.

Citing a source, Peston noted “An important point to keep in mind is that there are two dimensions to the immune response: antibodies and T-cells..

“Everybody is focussed on antibodies but there is a growing body of evidence suggesting that the T-cells response is important in the defence against coronavirus.” he added

The potential vaccine is already undergoing large-scale Phase III human trials in the viral epicentre of Brazil to assess whether it can protect against COVID-19, though its developers are yet to report Phase I results which would show whether it is safe and whether or not it induces an immune response.

The data of PhaseI is expected to be published by The Lancet medical journal.

The efficacy of the vaccine could be established in the large phase III programme as it would deliver a large database that assesses safety as well as efficacy.

Oxford’s potential upcoming vaccine, ChAdOx1 nCoV-19, is based on an adenovirus vaccine vector and the SARS-CoV-2 spike protein.

By vaccinating with ChAdOx1 nCoV-19, the scientists hope to make the body recognise and develop an immune response to the Spike protein that will help stop the SARS-CoV-2 virus from entering human cells and therefore prevent infection.

AstraZeneca- supported Vaccine is being developed by researchers from the Oxford Vaccine Group and Oxford's Jenner Institute. The experimental vaccine is regarded as the world's leading candidate and most advanced in terms of development.

Astrazeneca said that it is building a number of supply chains in parallel across the world to support global access at no profit during the pandemic and has so far secured manufacturing capacity for two billion doses of the potential vaccine. The company has signed agreements with governments around the globe to supply the vaccine should it be cleared for use.

In June this year, AzstraZeneca and Pune-based Serum Institute of India (SII) signed a licensing agreement to supply one billion doses of the Oxford University vaccine candidate against Covid-19 to middle and low income countries, including India. To begin with by this year end both companies have committed to provide 400 million doses, Astrazenca