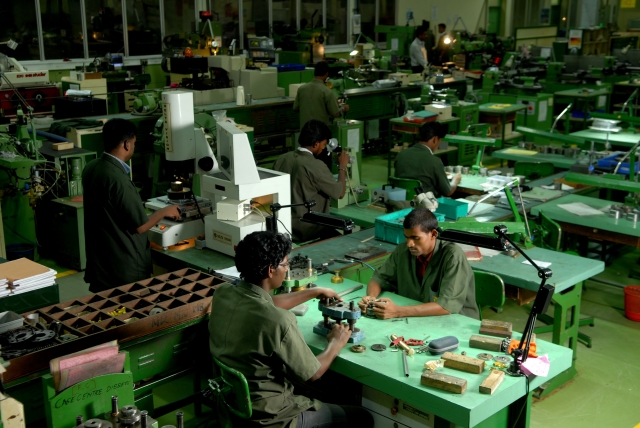 Driven by a wave of new orders, India’s factory activity sped up in November – and recorded the highest growth rate since the demonetisation of high value currency last year, reports Reuters.

Increased demand has seen manufacturers increase outputs for the fourth month in a row, and also saw the fastest pace in hiring of new workers in the last five years. It appears to be a clear indication that the initial shock created by demonetisation as well as the rollout of the Goods and Services Tax (GST) in July this year is on the wane.

The Nikkei/IHS Markit Manufacturing Purchasing Managers’ Index for November went up from 50.3 in October to 52.6 in November; the highest in 13 months. A figure above 50 is generally indicative of growth.

The sub-index for new orders went up to 54.2 in November from 49.9 the month before. Export orders showed slight improvement after a slight slump in the previous two months.