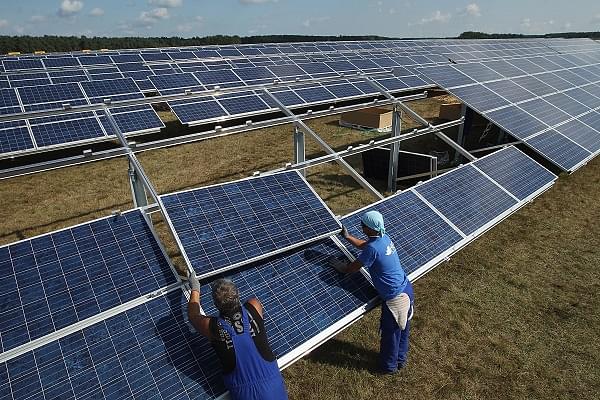 In a bid to accelerate the renewable energy capacity addition in the country, the Union Power Ministry for Power has notified shorter timelines for players to set up solar power projects once the power purchase agreements are signed, reports Financial Express (FE).

By amending the guidelines for tariff-based competitive bidding of solar projects, the Ministry had brought down the time required to commission a new solar project in a solar park or outside down to 15-18 months. The earlier timeline was between 21 and 24 months.

While there are concerns about sub-par quality due to the shorter schedules, some players feel that the new timeline is adequate.“We feel that this is sufficient time for commissioning of solar projects. Land is not an issue when a project is being built inside a solar park. This will help us adding project capacity at a faster pace,” said an industry official as quoted by Economic Times (ET).

According to a new report, India is expected to add 15,860 megawatts (MW) of renewable energy capacity in the current year (2019), up by fifty per cent from last year

Also according to the latest government data, the share of renewable energy in India’s overall energy mix stood at an impressive 20 per cent in 2019, rising from 14 per cent in 2015.