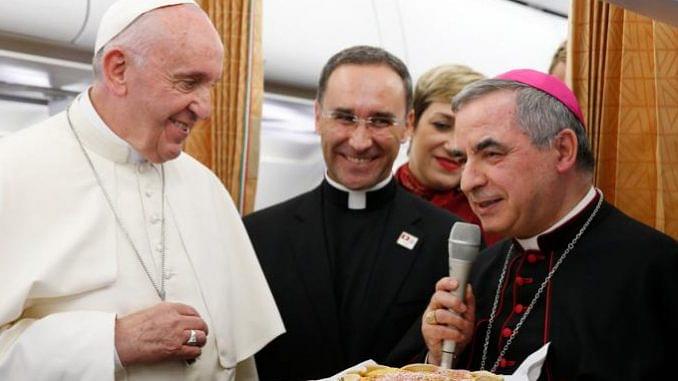 Giovanni Angelo Becciu, one of the most powerful cardinal of Vatican, has resigned amid an ongoing investigation in to misuse of church charitable funds for purchase of luxury apartments in London, The Guardian reported.

In a a brief statement issued unusually last evening (Sep 24), Pope Francis announced that he has accepted the resignation of Cardinal Giovanni Angelo Becciu, head of the department that decides who will be the saints of the Roman Catholic Church. The statement said the Becciu, 72, had “given up the rights associated with being a cardinal”.

Becciu was serving as the deputy secretary of state, one of the most powerful positions in the Vatican and is said to have played an instrumental role in a dubious deal in which the Secretariat of State used Church money to purchase a luxury building in London as an investment.

In October last year, Vatican began investigating on how $200 million funds that it had parked in Swiss bank accounts eventually ended up financing a luxury property development in London’s upscale Chelsea district and in the process generated windfall profits for a company that managed the investment for the Holy See.

As a part of an investigation of suspected financial irregularities, Vatican police had raided the offices of the Holy See’s Secretariat of State and its Financial Information Authority, or AIF and took away documents and electronic devices. The two departments were searched for evidence involving alleged financial crimes.

Holy See’s investment with Athena Capital was personally authorised by Cardinal Giovanni Angelo Becciu, who is said to have met the London-based financier inside the Vatican. Cardinal Becciu was at the time in charge of the administrative duties of the Secretary of State, and reported on a daily basis to Pope.

Vatican Bank, better known as the Institute for Works of Religion, or IOR, was for decades embroiled in numerous financial scandals.