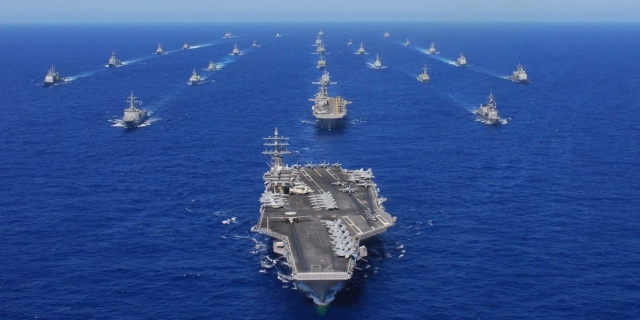 A top US Navy Admiral has said that he’d go ahead and fire nuclear weapons at China if he received orders to that effect from the US President.

US Navy Pacific Fleet Commander Admiral Scott Swift was answering a hypothetical question from a rather mischievous reporter while speaking at Australian National University in Canberra. The Admiral followed up his answer with a broader message:

He also added: “This is core to the American democracy and any time you have a military that is moving away from a focus and an allegiance to civilian control, then we really have a significant problem”

Later on a US Pacific Comman spokesperson clarified as to what really led the conversion to veer in this direction:

The premise of the question was ridiculous.