Prime Minister Has The Mandate After Big Win In UP; What Should He Do Next? 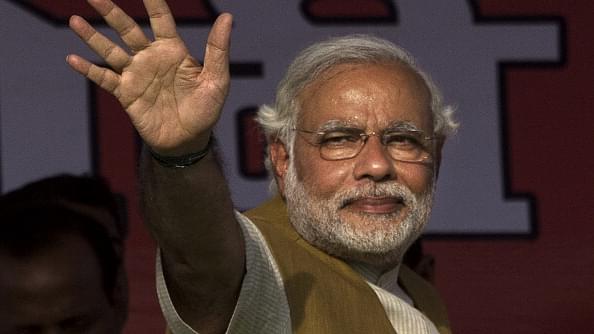 After helping seal a colossal win for the Bharatiya Janata Party (BJP) in the crucial Uttar Pradesh state assembly election – right on the heels of the bold 8 November decision, no less – Prime Minister Narendra Modi has just received the green light from the electorate to go bolder in the next two years of his term.

As one analysis of the election results said earlier, “today’s results create the necessary environment” for the Prime Minister to effect “deep-rooted”, lasting change and “insulate long-term projects from regressive, obstructionist politics till at least 2024.”

So, then, what can the empowered Prime Minister do now that he has the electorate’s backing? Writing for the Mint, Anil Padmanabhan has proposed four “brave moves”.

Under labour reform, the writer presents the possibility of the Prime Minister enhancing labour mobility across the country and increasing women’s participation in the labour force.

In his fight for corruption, part of which involved scrapping high-value currency bank notes and replacing them anew, Padmanabhan predicts the Prime Minister could direct his focus on the new Benami law. Benami properties, after all, probably account for the bulk of the black money in the country. And as a Swarajya editorial said last November, “The Modi government should not ease up without completing the job of bringing benami properties into the net.” So the logical next step is up for the taking.

In the area of governance, there could be a push for greater use of Aadhaar in the delivery of services and for various other programmes, writes Padmanabhan, as part of an effort to plug the leaks and ensure greater accountability.

And finally, land acquisition. The Prime Minister could revisit this contentious issue, supposes the writer, but that would be fraught with political risk. However, if he could do it once and come out on the winning side, why not repeat the formula? Maybe he’ll win bigger next time, come 2019.