#ElectionResults: Narendra Modi Gets His Mandate Beyond 2019 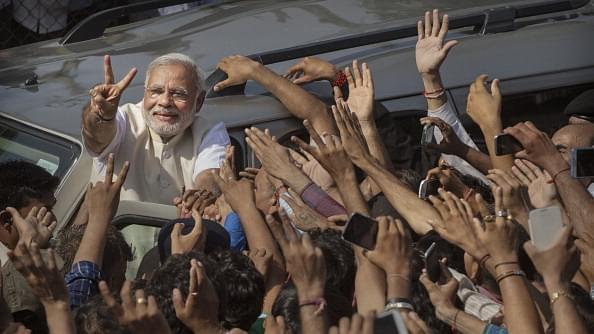 The results of the five state assembly elections that went to polls these last couple of months mark a significant political inflection point in India. At an aggregate level, without getting into state-specific results, a clear trend has emerged of the Bharatiya Janata Party (BJP) displacing the Congress as the pan-Indian political party, occupying much of the political centre while simultaneously leaning it to the right on national issues. State-specific results tell a story of how voters are demanding of performance while breaking conventional stereotypes of voting behaviour based on caste and community.

However, I want to focus this short take on the election results – on what they mean beyond 2017, leading all the way up to 2024.

The 2014 victory of the Narendra Modi-led BJP had raised expectations sky-high on the kind of change India would witness. These expectations were accompanied by (im)patience levels of the kind seen in T20 cricket matches. Modi, however, had no choice but to play out his first innings Test-match style with a Rahul Dravid-like grit and patience.

The first three years of this innings were marred with a million mutinies as various special interest and lobby groups went after him. His response was to overwhelm them, riding on the support of a billion aspirations which perhaps led him to stake all of his political capital on demonetisation – indeed an unprecedented and most audacious attempt at behavioural change in democratic India. We may not have fully comprehended its economic impact, yet its political impact is all too evident today.

History will judge Prime Minister Narendra Modi’s demonetisation on various scales, but today we can safely say that it was the bitter political pill that Modi had to swallow to permanently alter the political landscape in India’s heartland, for earning the mandate he did not get in 2014.

The 2014 mandate, which saw for the first time in India a non-Congress single-party majority in the Lok Sabha, fell short on several counts for the radical and big-bang reforms many hoped for. With an obstructionist Rajya Sabha, several large non-BJP-ruled states becoming confrontational and key institutions, from the presidency, vice presidency and the courts, acting as speed breakers, the first three years of the Modi government have reminded us of the limitations of a parliamentary majority in the lower house in bringing about sweeping structural changes with deep impact. To carry out such changes, Prime Minister Modi needed both houses of Parliament working in tandem with a plurality of states on board and key institutions observing constitutional restraint so the executive branch could get the job done.

Today’s results create the necessary environment for these other conditions to be fulfilled so that Narendra Modi gets the kind of mandate he needs beyond the 272 seats in Lok Sabha. These results lay the political foundation for carrying out lasting change beyond the 2019 election cycle. They, in effect, create an opportunity to insulate long-term projects from regressive, obstructionist politics till at least 2024.

Now that the Prime Minister has got his mandate for effecting deep-rooted change, we may finally see long-pending structural reforms take off, if not necessarily of the “big-bang economic” kind.